Havoc MotUC customs - in my hands!

I've already shown most of Havoc's customs.  So, I got my Havoc-made Gorpo yesterday.  I also had the priviledge of playing with the rest of the other customs including Orko's other siblings: 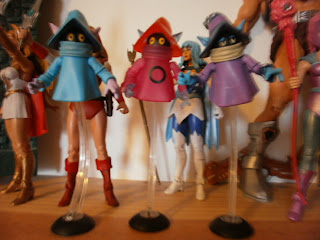 The other siblings of my custom Gorpo - from left to right: the blue Orko that showed up in a UK comic, the colour-change SDCC Orko, the millennium version he-man.org Gorpo classic-ised.  Notice the eye lids on the Gorpo - that's a cool touch, and apparently it gitd. 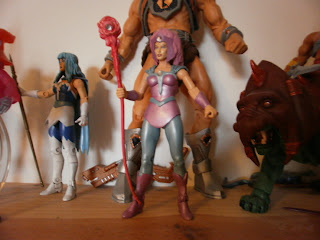 Glimmer, because she's awesome for an Adora repaint.  Mattel, please make her already. 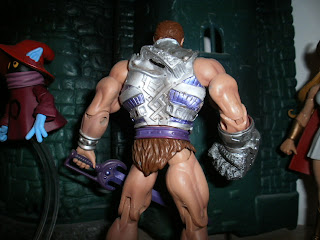 I did not realise that Fisto's armour has a slot to hold the recoloured Tri-Klops sword.  Tha's so awesome. 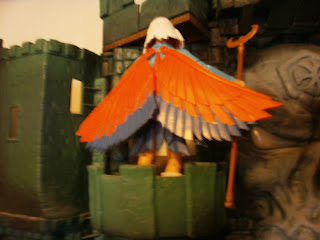 Sorceress' wings are screwed into her back - they do actually fold up! 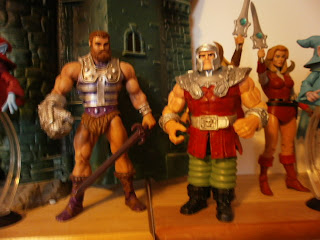 Ram Man MotUC!  I want him now!  He doesn't even have to be a 100% new sculpt as the torso and the "furry pants" can be reused from the existing figures. 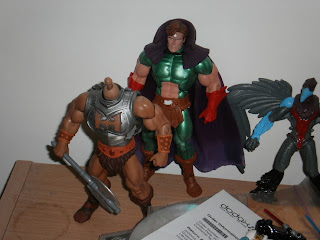 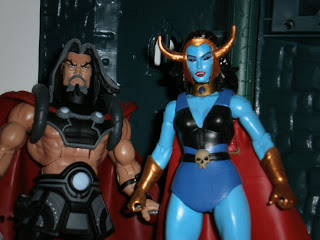 This is still work in progress, but she does look awesome. 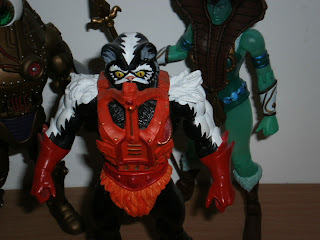 The stinkor is beginning to look rather dated now.  I do like the Grayskull fluffs on his shoulders though. 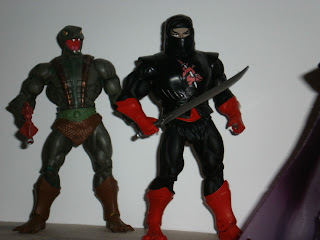 Ninjor and Khan.  Easy repaints with new heads.  Will we get these next year?  Probably not.  Such a pity. 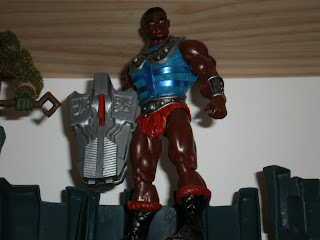 Again, I am still amazed at how great this looks.  He's just another easy repaint with a new head and weapon. 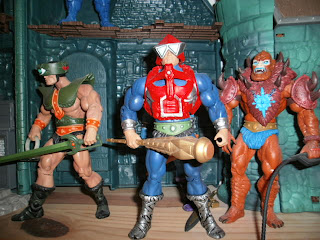 I definitely hope that Mek will be a 2011 figure!  He's easy - just use Adam's head as the base and add his helmet! 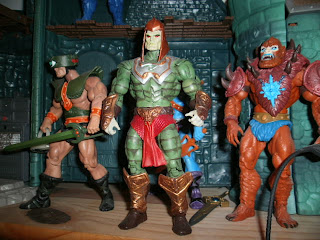 I prefer this Hsss to Mattel's version of Hiss.  Mattel you really do need to reconsider your position on millennium/MYP influences! 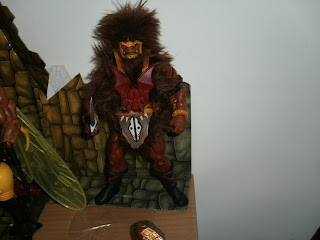 Talking about millennium influences: The face that Mattel never gave us.  *sigh* 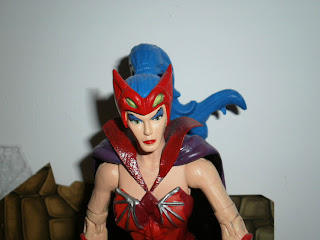 A face that I hope we'll get! 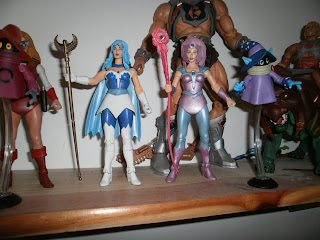 Only because they are made of awesome.  More PoP females please!!! 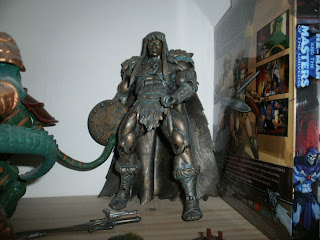 Need I say more?  It was definitely good looking at these... and other things.  It's too bad that I didn't get to handle more stuff...
Posted by Novelty at 04:20