OK, so where do I start talking about my toyhaul over the past couple of days? 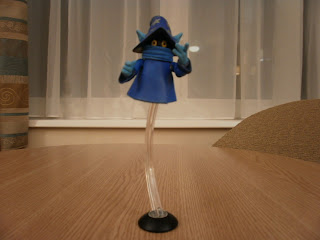 Yes, that's my custom Gorpo as done by Havoc.  It's a pity that he's separated from his other Orko/Gorpo cousins/alternates, but I like this blue "EU flag" version of Gorpo and I'm glad I got Havoc to make one of this for me! 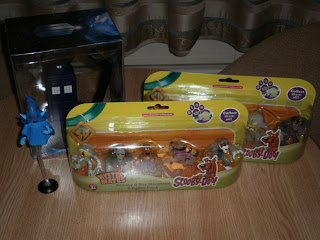 That's most of the remaining haul from Day 1 - a Dr Who levitating phone box, which of course made it to my top 10 toys of 2010, and two 5-packs of the gitd Scooby figures from the same makers as the Dr. Who figs.  Missing from that picture is the Lego Toys R Us truck though. 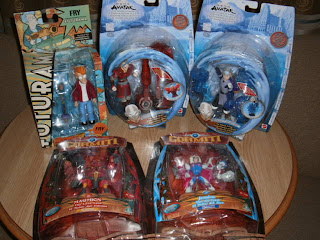 I was visiting Eamon's city during Day 2, so I bought a red-haired Fry to commemorate the trip.  I also picked up those Avatar figures for cheap.  And then there were these Gormiti (Italian?) figures which were also going for spare change.