It's the penultimate day of 2010, and I'm a little bit sad that Toy a Day will be coming to an end tomorrow... well, at least for this year.  What will next year bring?  Well, I think I have more or less decided, and I'll write about it next year.  But back to today, I'm opening another Mars Mission Impulse set, and I think this is from the first wave of Impulse sets. 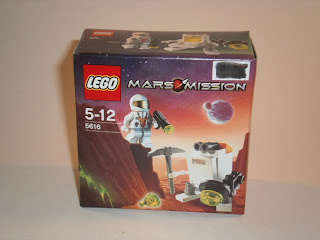 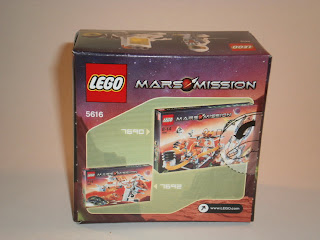 The box is the standard Impulse box modified for Mars Mission, and is similar to the one from yesterday.  There's a picture of the robot and minifig on the front, and cross sell sets on the back.  The top of the box does not have the usual 1:1 minifig picture, but has another picture of the set. 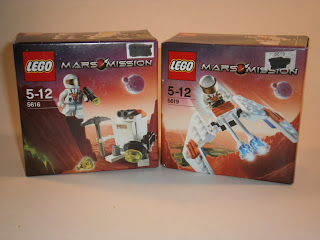 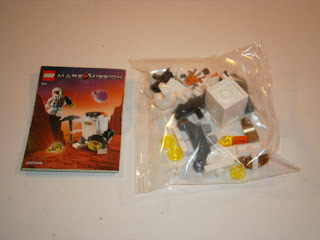 The box contains the usual one baggie and instruction leaflet, so there's no surprise there. 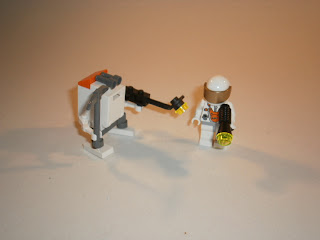 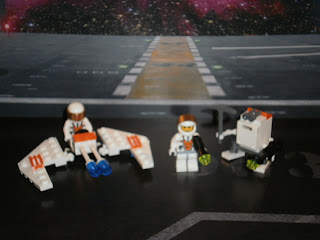 The build is non-eixstant.  The robot barely looks like a robot because of the huge conatainer for a torso.  It means the robot has storage space, but the overall look is sacrificed.  It would have better if they have given the robot a bigger head to compensate for the large body.  The set does come with binoculars and pick-axes and a minifig, so I guess there's some army building value; but not for me.
Posted by Novelty at 00:09