It's day 12 of December, and that means another window to open in the Advent Calendar.  Now, Lego has produced a number of Advent Calendars over the years.  Most of them have been City ones, but there are also Pirates and a number of Castle/Fantasy themed ones.  Including this one. 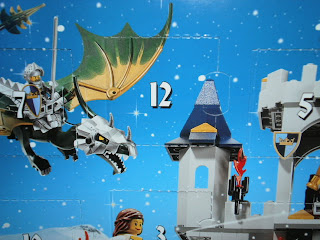 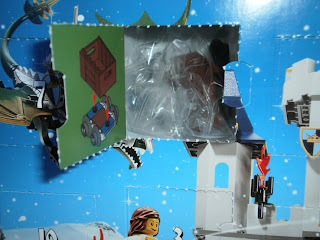 The picture on the front shows a wing, part of the dragons head and the conical (almost) roof of a tower.  I wanted a mine for the dwarf though.  And the content?  It's a wagon.  Well, OK, that's close to a mine... I think. 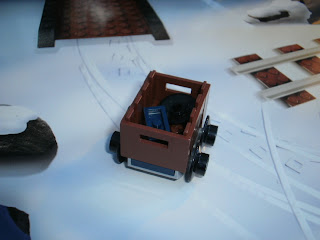 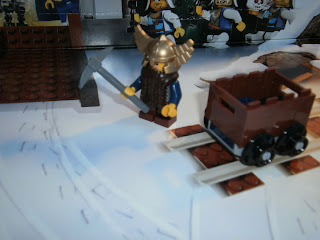 The build is easy, and that's thanks to the picture behind the door, which shows the two steps required.  This is just a boring wagon with wheels, but it does fit onto the picture of the rails shown on the box.  Maybe I'll get a Balrog tomorrow... I can only hope!
Posted by Novelty at 15:09