Another day, another window.  I'm at a loss as to what to write for these intros, so let's just move on to the opening. 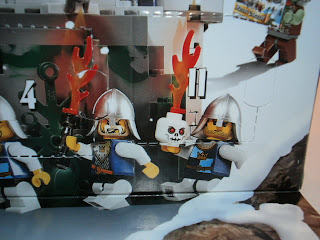 This time the window sows a soldier carrying a skull with a flame shooting out from the skull.  If only the contents were that interesting.  It'd probably be a shelf or something small. 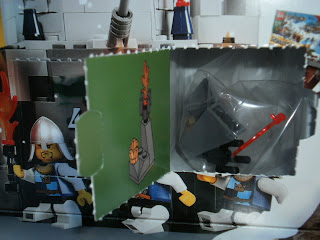 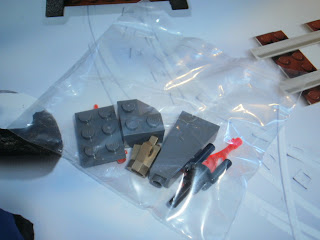 It opens up to reveal, well, I have no idea what that is.  But it does have a flame piece which is interesting.  That's like the first time that the contents actually has something to do with the picture on the front. 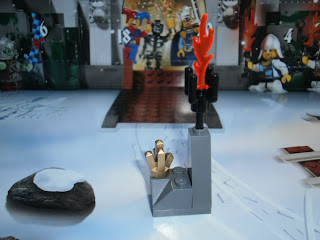 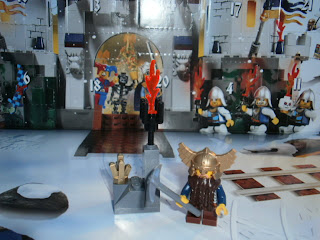 The build is easy, despite not being any instructions.  There's the flame shooting from a torch that's purched on a grey column, and there's a gold nugget (not gold vacmetal).  On it's own it's boring.  With the dwarf from yesterday, it could bring some possibilities.  Hopefully tomorrow I'll get a mine to explore... but somehow I doubt it.
Posted by Novelty at 14:08