I can't believe I'm such a glutton for punishment, as I've basically committed myself to doing three blog posts a day.  There's these toy openings once a day, then there's the advent calendar, and an optional Top 10 list.  OK, so it's at least two a day, but maybe three and it's sort of getting a bit tedious.  Well, maybe.  But then I have all of my loyal readers (all 5 of you?) to think about, so... 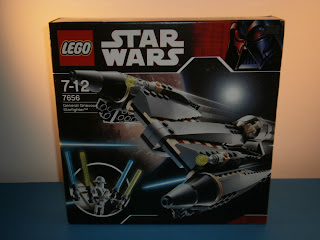 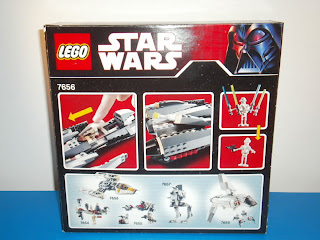 Somehow I think I need a better camera... or a better set of photography skills.  This is a recent Star Wars set, so it does have the action figure thing on the back of the box with the action features and the cross sell.  What's missing from the back though is an actual picture of the full fighter, but that's no big deal because it's shown on the front.  However, it's shown at a rather weird angle on the front, almost face on, such that not all the details can be seen.  The background with the Mars-like planet and the bright white sun gives it a nice look overall though. 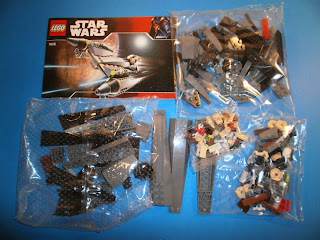 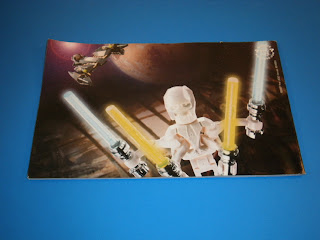 There are four baggies in the box, none of them marked, and three large loose pieces.  The instruction booklet is smallish, but it does have a rather nice picture of the Grievous minifig on the back. 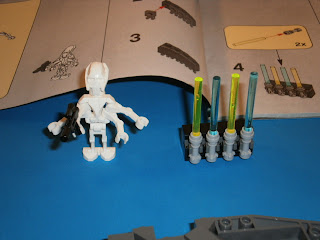 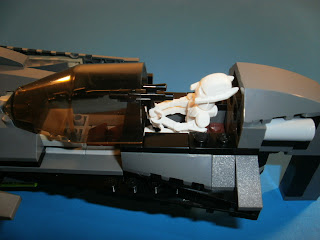 The build wasn't too complicated, but there were definitely places where it made me go "huh?" before the light finally switches on in my head and I go "ah!".  The entire sliding cockpit hatch is well construction, and it moves smoothly thanks to the flat plates.  It doesn't dislodge during play because Lego has ingeniously design it to be held in place with a clip assembly of sorts.  The wings are modular and symmetrical and it does feature rotating coney things, whatever those are... engines?  gun turrets?  I have no idea. 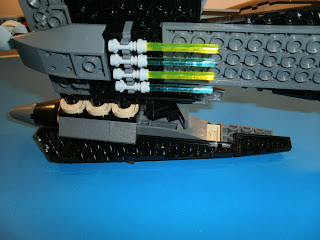 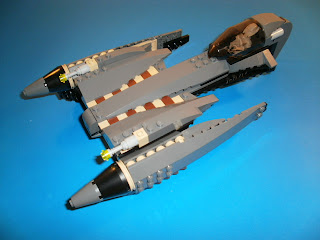 Another ingenious design is that Lego provided for the storage of the lightsabres underneath the fighter.  This is a rather neat way of storing the accessory.  Overall the fighter looks great, and the choice of colours, particularly the tan and browns on the wing gives it a rather pleasant look.  This is an interesting set to build and play with.
Posted by Novelty at 00:09