Merry Christmas everyone.  While I'm opening the wrappings of Christmas presents (if it's a toy, I can't open anything this year, aaaargh!) I thought I'll just show you guys this awesome Exoforce set that I opened today (no, I didn't get this for Christmas this year).  I hope you all had a great toy haul for Christmas! 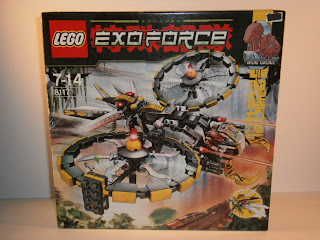 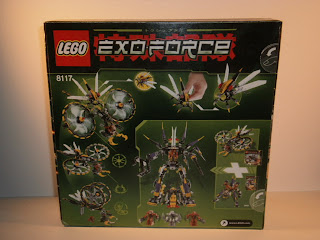 The Exoforce box is one that's rather attractive.  Instead of a picture on the front of the box, it actually has a drawing of the model.  There's all sorts of pseudo-Japanese elements on the front of the box from the font used to the weird ethnic looking designs.  That's because these sets were created to capture the Japanese Anime-Mecha inspired craze a few years back. 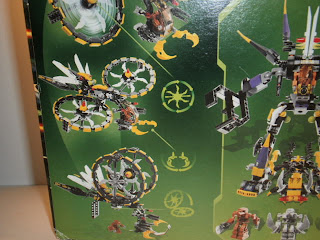 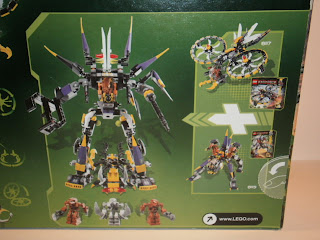 The back of the box is action figure like, but the action features are shown with weird icons instead of pictures. There's even a picture of how this set can combine with another set to form a huge mecha. 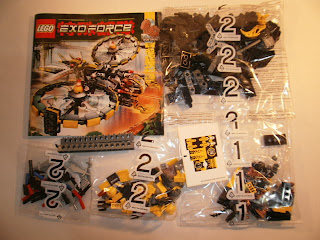 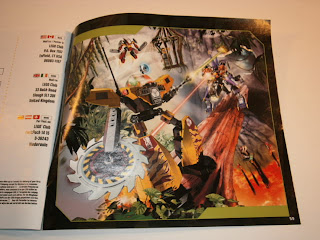 The box had four numbered baggies, a decal sheet and an instruction booklet.  The book does not have a comic, which is a surprise to me, but does have some rather nice drawings of the toys themselves. 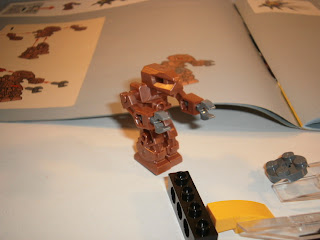 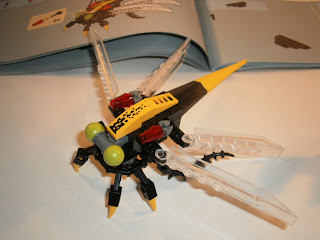 Baggie number 1 consists of the droid bad guy, and the bug like vehicle with transparent wings.  The build for both was easy.  The stinger of the bug is actually a very soft rubbery plastic, probably to ensure compliance with child safety rules. 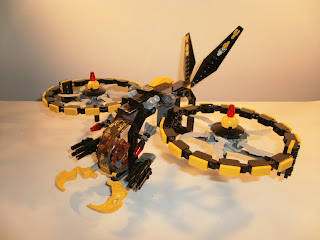 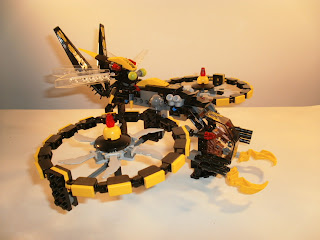 The other three baggies, all numbered 2, are used in the construction of the main vehicle.  Despite the size of the actual set (it's almsot two feet across), the build was rather easy thanks to the overall symmetry of the vehicle, and the fact that it has lots of empty space.  The design is gorgeous and it combines the mechanical look with the organic look rather elegantly.  There are spinning blades on the wings and lasers most everywhere.  The back even includes a slot for the smaller vehicle to dock. 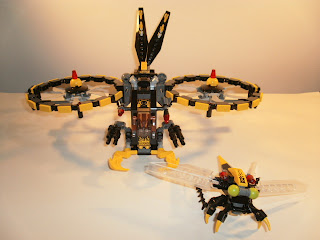 This is a surprising little set.  The big vehicle was a given, but I did not realise that there was a smaller bug vehicle with a much intersting stinger tail.  I find it surprising and I like it a lot.  It's a pity though because this set was from the second year of the Exoforce theme, which due to poor sales were discontinued after this second year.
Posted by Novelty at 00:52