This has more or less turned out to be a Lego month after all.  Except that it's not officially a Lego month.  I do have Battle Cat and the reissued Grayskull to open, not to mention the second Weapons Pak and a second Grizzlor.  But that's neither here nor now.  Today I'm opening the Knight's Kingdom set that's related to Mistlands Tower, and it's this Rogue Knight Battleship. 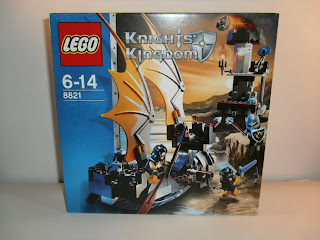 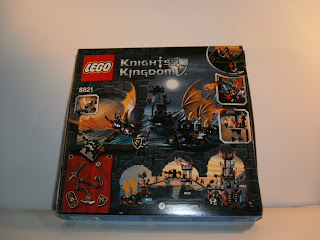 The box has the usual elements, but the perspective on the boat as shown on the cover seems a bit odd.    Instead of showing them sideways (or thereabouts), the view shows the rear of the boat instead of the details on the front.  The angle that the boat is viewed at makes it seems smaller than it actually is. 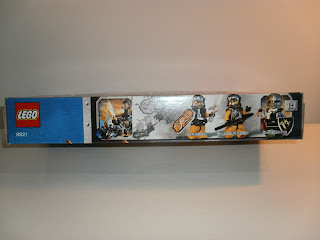 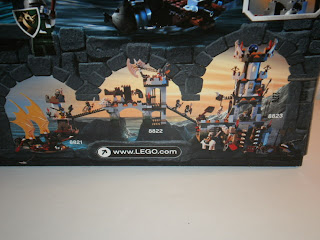 The back of the box has the same design as Mistlands Tower, including the picture of how to link the three related sets together.  It looks interesting, but I don't think I'll have the space to build it soon.  The top o fthe box shows the figures in the set and it does have some interesting artwork as the background. 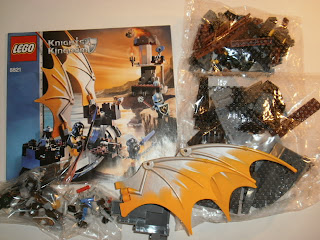 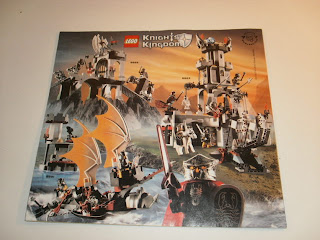 There are only four baggies in the set, plus a BURP and two dragon wings.  The wings are made from a very rubbery plastic.  The instruction book has a rather nice picture of the sets on the back. 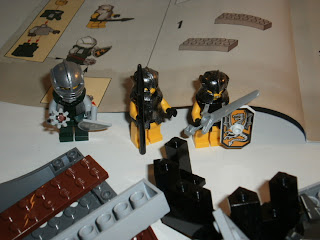 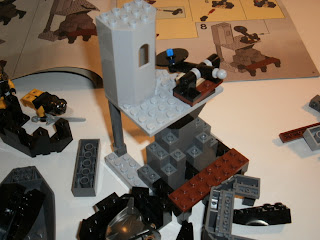 The minifigs weren't difficult to build, and the tower progressed easily thanks to the BURP. 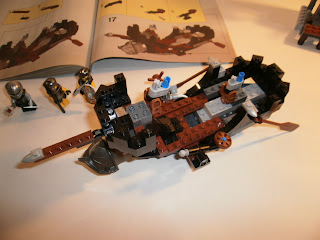 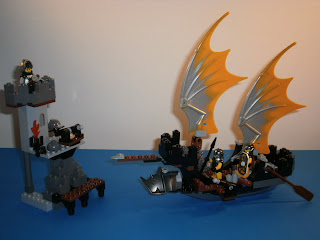 The ship though, took a while to put together and despite its small size, there's a few bits of trickiness involved in the build.  The instructions weren't too helpful in certain places, and some of the new pieces were sneaked into the building steps.  Still the end result is interesting, and the use of the dragon wings for sails is clever.  This isn't one of the best sets, but it can definitely be a fun set on its own.  As part of the larger storyline though, it may be superb for those epic battles.
Posted by Novelty at 00:08