It's the day before Christmas!  Many thanks and Merry Christmas to the contributors here - Wes Grogan, Lemonjuice McGee, 3B and Darkspectre!  Here's me wishing you all lots of toys tomorrrow... well, except Lemonjuice, who's already got all the toys that he needs... for free! 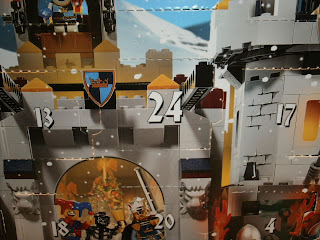 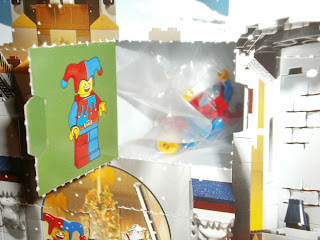 The picture on the window is part of the castle, and there's a much larger number 24 on the window.  It opens up to show that the content is a jester.  Yay! 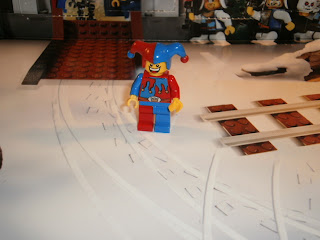 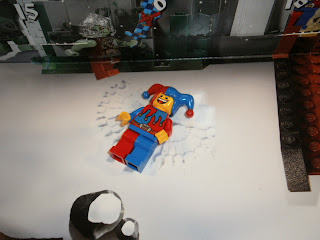 OK, this is just a minifig, but this minifig was the start of the Lego Harley Quinn minifig.  This isn't the first jester that I've opened though, but it's the first one that Lego made chronologically.  It's a pity that there isn't a King in this advent calender.  Oh well. 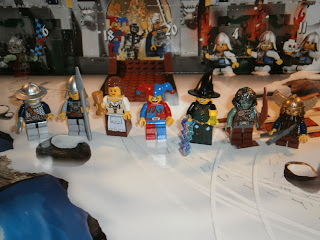 And there's the entire cast of the Advent Calendar.  Now I just need to find a castle for them all to inhabit!
Posted by Novelty at 16:06