I'm getting a bit out of whack at the moment, because between the advent calendar and the normal toy a day, I'm more or less doing two postings a day... if not more.  My apologies if I seem a bit lost and my reviews are a lot shorter than they used to be, but that's the way the cookie crumbles, matey. 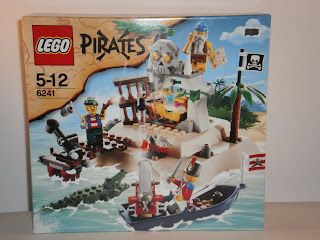 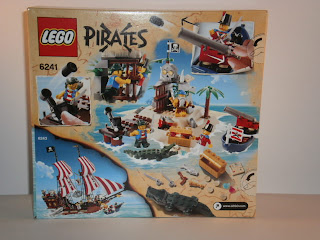 Aaarrrgh! Shiver me timbers!  It's a Pirates set.  Yay.   The box is huge and square to show off the set, and the back has pictures of the set, action features, a cross sell picture.  Wait, since when did Lego take on Action Figure/Toys packaging? 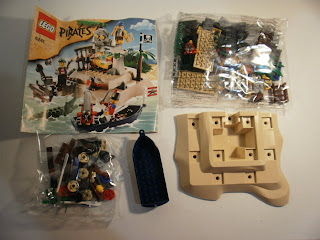 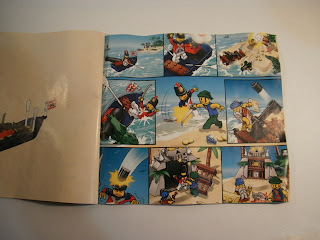 Two baggies, an instruction booklet as well as the hull of a ship and a weird baseplate fell out of the box after I opened it.  And there's a page of comic in the instruction book - that must have cost a whole lot to produce (well, according to Mattel anyways, which is why we aren't getting minicomics, but I digress). 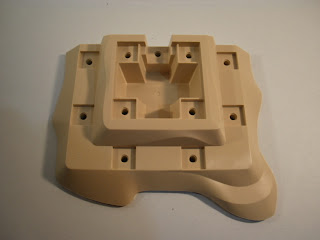 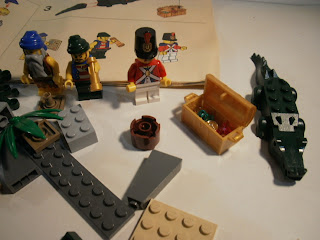 The base plate / stand is not flat, but is slightly raised.  There are no studs on the base plate, only holes to plug pegs into.  The set comes with three figures, a crocodile and a treasure chest, complete with vacmetal gold coins.  Yippee. 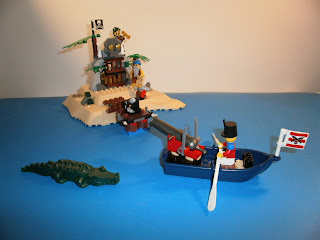 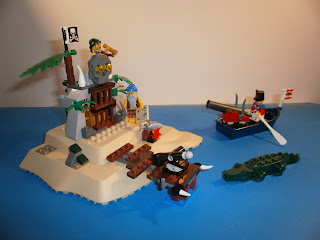 The build was a breeze - the rowboat did not pose a challenge, nor did the miscelleaneous bits and bobs that ultimately became the island.  The use of the tan baseplace really gives the island a desert island look, and the addition of the palm trees and the idol skull head completes the look. 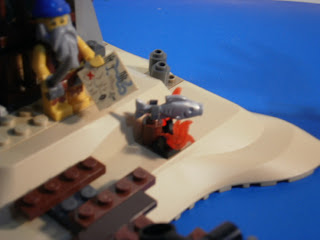 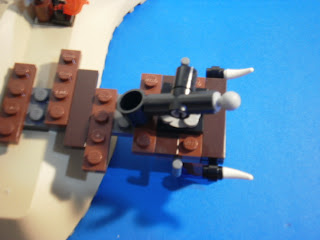 There's quite a few details on the island.  My favourite one is the fish being grilled on the beach.  The rickety jetty which juts out into the sea (with a blue plate underneath - that's a good call) includes a small catapult, but I think they forgot to include the ammunition for it.  That's the onel little flaw in an otherwise good set.  Sadly, Pirates, as a theme has been discontinued as Lego will, from 2011, produce a licensed theme that's similar - Pirates of the Carribean!
Posted by Novelty at 00:57