It's winter.  This is the time for snow angels and snow cones and snowballs.  Everything is white and pure and beautiful... until the snow starts to melt that is.  But before it does, it's great fun for everyone, and it's even better when there's a toy store around! 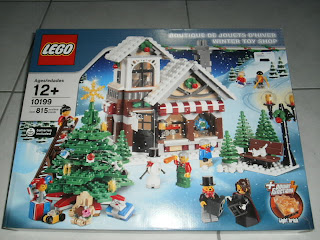 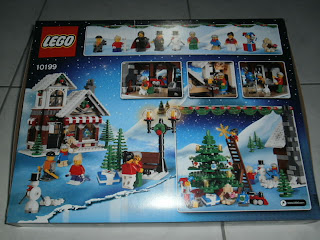 This huge Lego exclusive set from last year was one of the more sought after sets of the yet.  The box is huge - it's over two feet in height and it shows the set on the front in the usual manner.  The back has more pictures of the set, with insets showing the details and another inset at the top showing all the minifigs in the set. 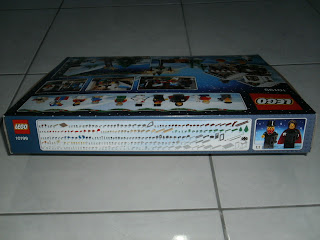 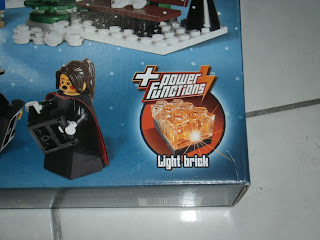 The parts count is listed on the top of the box, and it's tiny.  At the bottom right corner of the front of the box there is a logo for the light up brick, but that's mostly hidden due to its small size on such a large box. 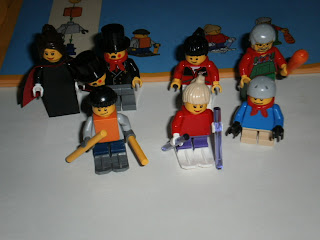 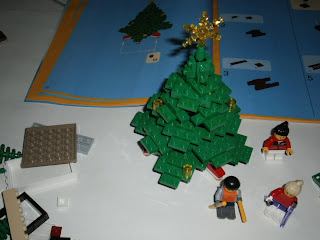 The minifigure build is complicated, thanks to the diverse numbers of figures to build with.  It was hard deciding whether a head was feminine, masculine, either or child - I have to say a plain smiley was so much better.  The tree looks compicated, but thanks to its symmetry (haha) was rather easy to build.  There's even a transparent yellow star sitting atop the tree, which is such a nice touch. 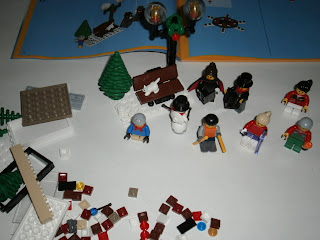 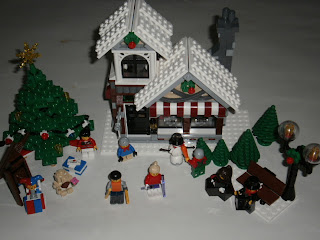 Then there's the bench and the lamppost.  I have no idea whether the lamppost was influenced in anyway by The Lion, The Witch and the Wardrobe, but whenever I see a lamppost in the snow, that's what I think of.  The actual toy shop was the most complicated part of the build, but it's defintely worth the build.  There's the store area on the ground floor with a cash register (or a phone - use your imagination?)  There's also a clock hanging inside the store.  The top floor has a small room with a work table and tools.  The roof has the light-up brick, which only lights up when the lever is depressed.  Thanks to the ingenious design, the lever actually sticks out at a 45 degree angle from under the roof, so that the roof doesn't has to be destroyed.  There are other innovative building techniques used in for the building that sometimes perplexed me until I figured out what the designers were trying to do.

Overall, this is a nice set, but it takes quite a while building.  But it's definitely worth it!
Posted by Novelty at 00:37