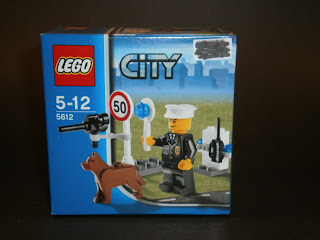 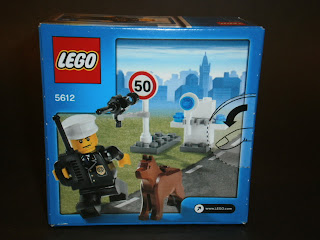 This set is an impulse set, and based on the number alone, is probably the second of the City Impulse sets.  It's just a Police officer with a dog and a few other bits and bobs.  The box is probably way too big to hold the contents.  The package shows two different pictures of the contents on the front and back, but is otherwise rather pedestrian (pun not intended). 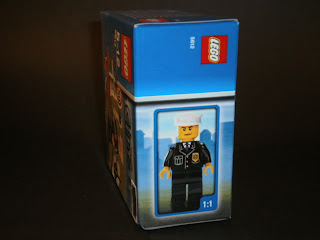 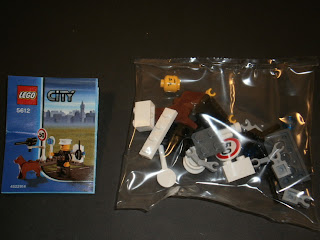 There's just one lonely baggie in the box, and even that baggie seems half-empty.  There's also an instruction sheet. 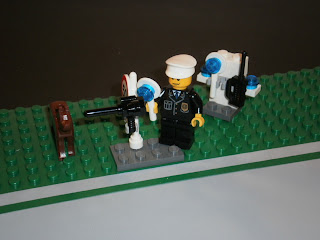 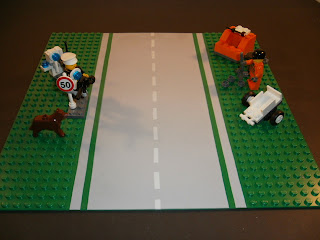 The build can be described to be a joke as best as there isn't really things to build.  Heck, some of the things from the advent calendar have been harder to build... and those do not have instructions.  This set is good for a number of things - dogs, road signs and police man.
Posted by Novelty at 00:55