The minifig crazy that's been sweeping Lego, well, has been getting a bit infectious.  There's a number of cheats available to decode which figure is in the bags and when I was in a Lego store in the UK, I decided that I want to pick up an alien and I have to say it works. 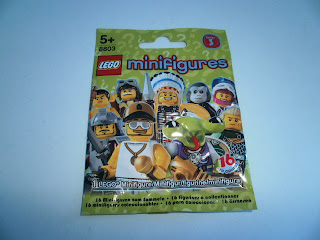 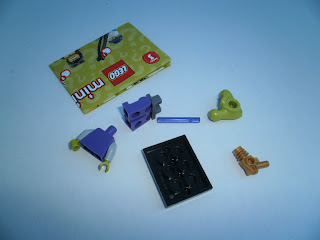 The baggie is generic, and that's because it's a blind bag.  Series 3 has 12 figures of which the alien is one.  There isn't any other baggies inside the bag which is a bit of a surprise to me. 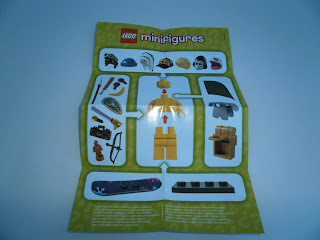 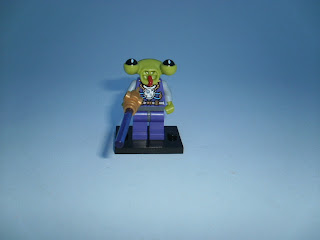 Even the instructions are generic - how cheap could Lego get?  Still it's a minifig, and it's construction isn't rocket science. 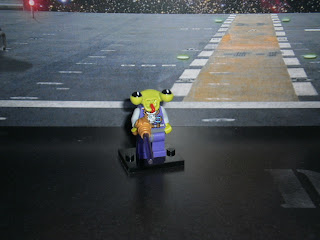 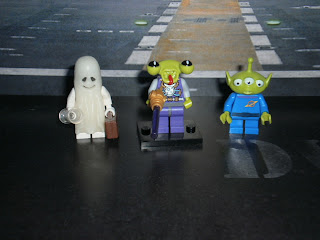 The figure comes with a stand and a ray gun.  It's just a purple figure with a green head.  Nothing special there.
Posted by Novelty at 00:11