There's been quite a bit of Star Wars this month, and I thought I'd continue with this.  Echo base was the site of the Battle of Hoth, whatever that is.  All I remember is Chewie fighting those huge AT-AT (or are they AT-STs?)  Well, playsets aren't that rare in the Lego Star Wars universe though, but they tend to be a bit... wanting, especially when compared with the vehicles.  So, with that in mind... 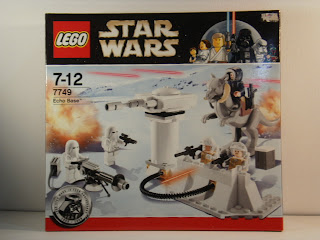 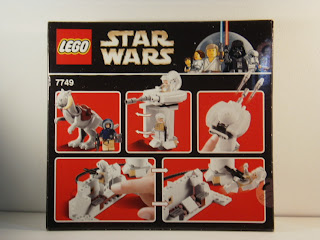 The box is the original trilogy box (and I'm getting better at determining the boxes now).  There's a photo of the set on the front, complete with fake explosions.  The back has insets showing the action features, which gives a reather good in depth look at the contents. 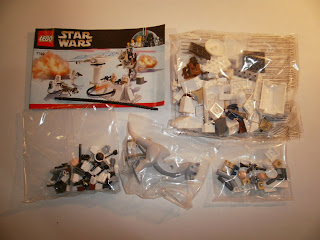 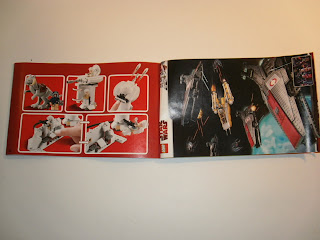 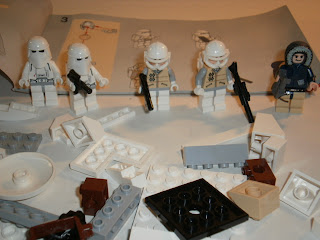 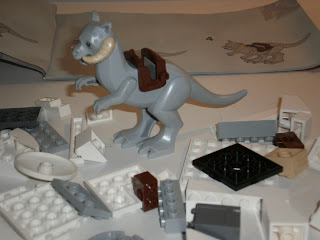 There are five minifigs in the set; three rebels and two Snowtroopers.  Then there's one of those kangaroo beast thing, whatever they are called (yeah, you can tell I'm not a huge Star Wars fan).  [Edit: They are called a Tauntaun according to a comment!  Thanks BBQ17] 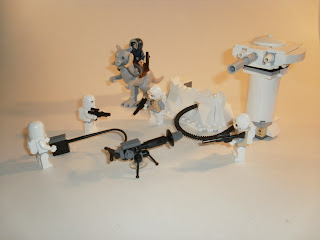 The build wasn't too difficult, but that's only because there isn't much to build.  The gun tower is probably the most detailed, but even that seems a bit cut down from what it could have been.  There are firing missiles on the tower, and a secret compartment there, so it's jammed packed with action features.  There's even a ledge on the base which when depresses causes the minifigs standing on it to fly up - again, not a feature I'm keen on using (I'd hate to chase those minifigs around my already crowded room), but I'm sure it's something little kids would like.

Then there's a huge gun thing for the snowtroopers.  That's nicely designed and well constructed and it even has an ingenious use of a whip piece.  However, it's not enough to save the entire set.  This could have been so much better, but Lego decided to throw a couple of bricks together with the 5 minifigs to call it a set.  That's a great pity.
Posted by Novelty at 00:52