I saved this Lego set, because it's one of the few gitd sets that I have left unopened.  it's part of the Mars Mission line, of which I closed last year with.  The gitd figures were part of the second wave of the sets, and it's the better wave surprisingly. 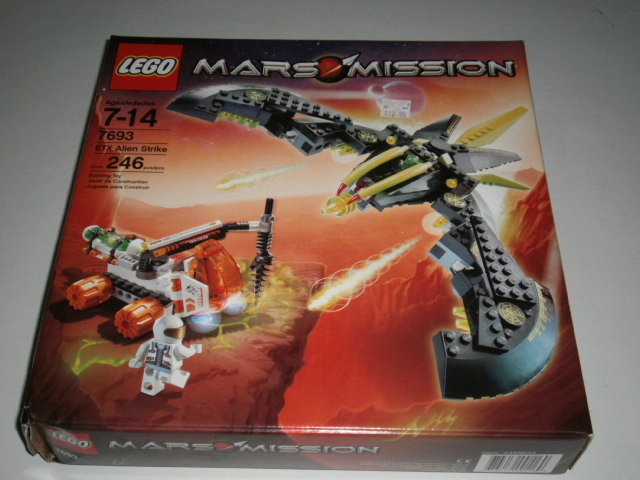 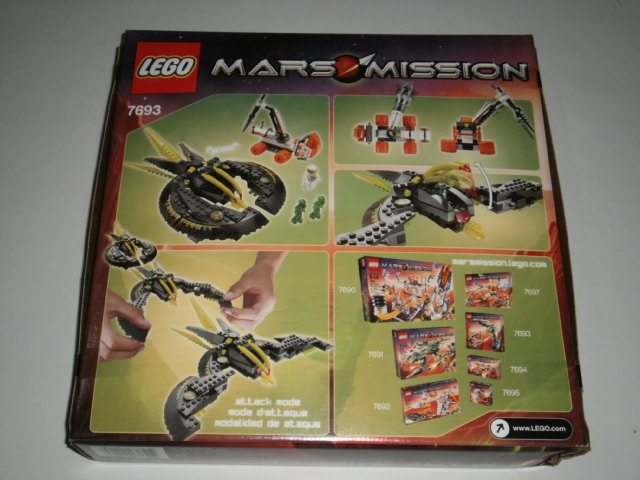 The box is standard for the Mars Mission sub-theme, with pictures of the sets on an orange landscape on the front of the box and pictures of the action features as well as the cross sell sets on the back. 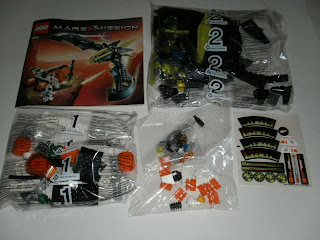 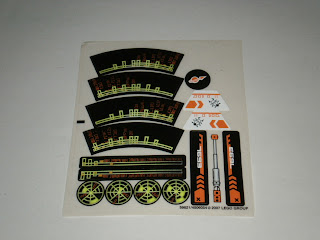 There are only three baggies, two of which are marked, an instruction booklet and a decal sheet.  The decal sheet is interesting - there are a lot of black bits ehre and there.  Notice also the "Classic Space" logo on the circular decal! 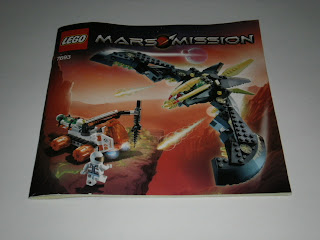 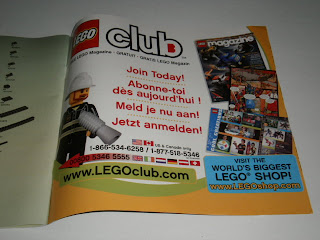 This set is actually from the US, and there're slight difference to the packaging and the instruction booklet.  There's the advert for the US club membership, which of course is only for NAFTA countries, but it's still interesting to see this! 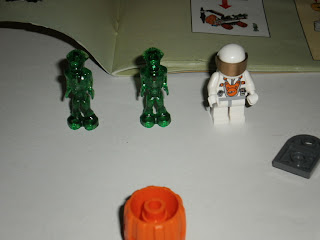 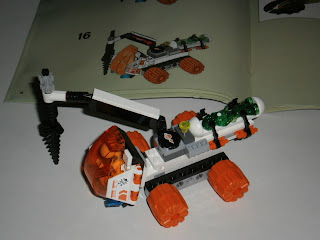 Baggie number 1 builds the two gitd aliens, and the spaceman, and the vehicle.  The vehicle, despite its small size was a ratehr complicated build.  It's also interesting that the design is such that the spaceman actually stands up in the cockpit in a SNOT design. 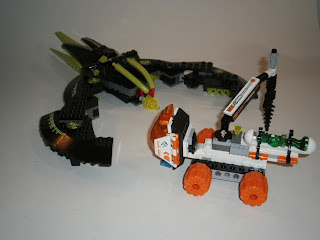 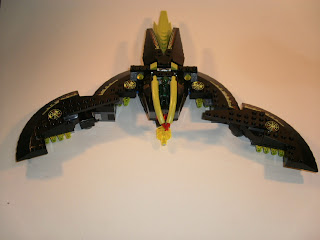 Baggie number 2 builds the bird of prey Alien jet, that folds back into a sauser configuration thanks to some rather innovative hinge design.  The alien isn't very secure in its cockpit though and falls out rather easily. 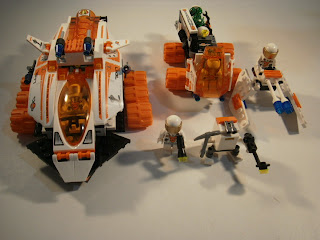 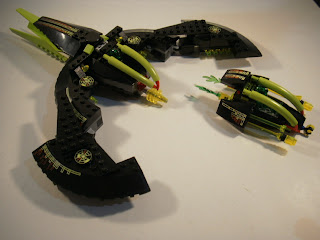 Overall, both bits of the design fits rather well within the sub-theme.  I'm sure the big jet is a lot of fun, if tonly he alien can be made to sit more securely in the cockpit.  The smaller vehicle is OK and adds to the overall experience, either on its own or together with the sub-theme.
Posted by Novelty at 00:14