Happy New Year 2011, if that's the calendar that your following.  This blog does and it makes no apologies for being a tool to the Julian calendar!  Anyways, it's the first day of the new year, and if you haven't read it yet, well, there's a post explaining what will be happening this year.  It's lenghty though, but hopefully it'd satisfy the existing fans... 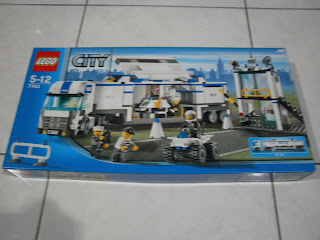 I started off last year with a Lego Space set.  This year, in honour of my 30th anniversary of Lego-collecting, and the fact that my first ever Lego set 30 years ago was a Police Van, I'm gonna open this large set, which is a souped up Police van.  There's quite a bit going on in this set including a police buggy and a tollhouse of some sort and everything is shown on the front, including dimensions about the length of the vehicle. 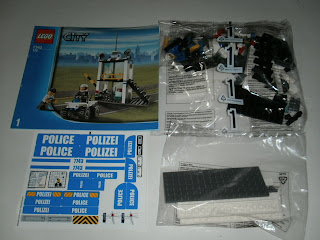 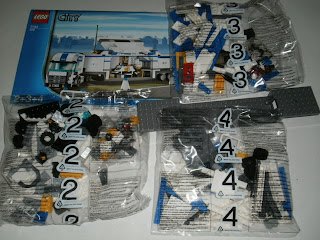 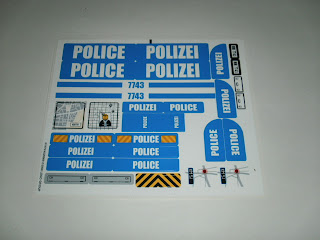 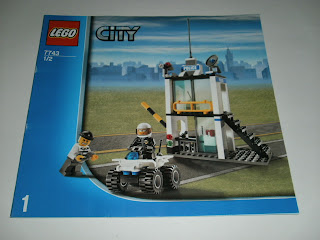 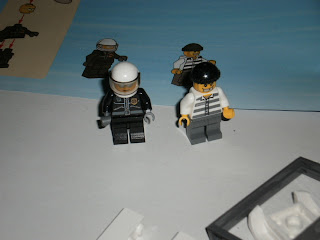 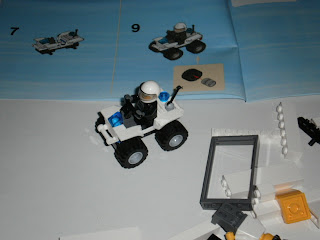 Baggie number 1 builds the criminal, a cop and his ATV buggy, and the tollhouse.  It's an easy build, but the tollhouse seems a bit spartan despite the telephone and computer inside. 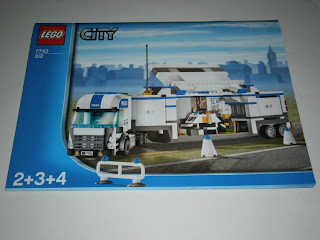 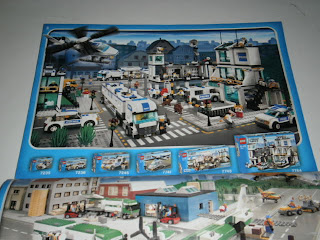 The second instruction booklet is for baggies 2, 3 and 4, which together builds up the huge set.  What's interesting insde is a huge "Police city" poster which makes it seems as if Lego City is a Police city of some sort... or perhaps the Police Academy. 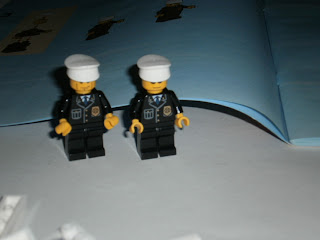 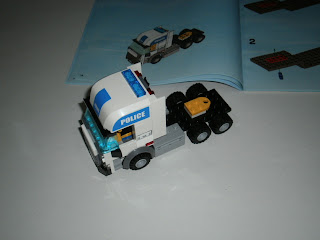 Baggie 2 has two cops, and also builds the Optimus Prime part of the van.  No, the cab does not transform.  It is, however, rather well designed with heavy use of SNOT to position things on the front and the back. 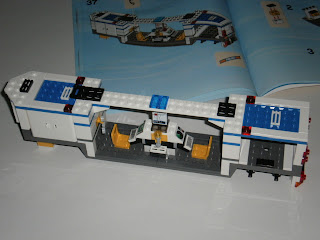 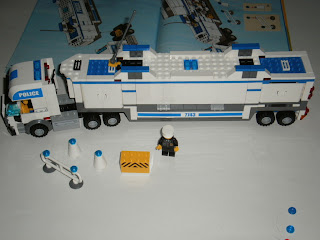 Baggie number 3 builds most of the trailer, and baggie number 4 completes the trailer.  There's two workstations inside the trailer and a rather innovative way to hang the keyboard.  Then there's a storage compartment and the cail cell on the front and rear respectively. 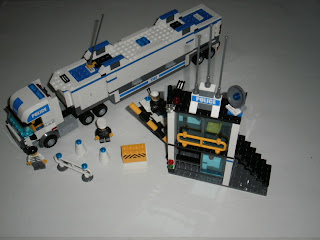 Overall, this is a solid set that as is constructed can bring lots of fun on its own.  It can also be combined with other sets for a high speed chase or a whole lot of other things.  And thanks to the fact that this is a construction toy, it can be rebuilt into a number of other vehicles and buildings.  That's one of the reason why Lego is the only European-based but worldwide toy company in existance.
Posted by Novelty at 01:54