Another day, another toy opening.  Except I didn't open these today, but way way back.  This new year is shaping up to be pretty good after all! 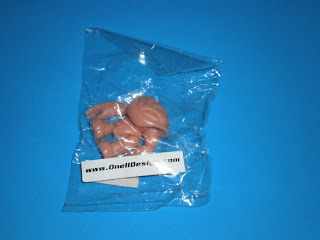 Crayboth is what Glyos labels this figure, and I think they threw this one in for free when I purchased the other figures.  He's a Solaris, which means he's red and gitd.  He (or should that be it?, I'll call him a he) comes in a bag with a sticker on the front that gives the website for Glyos. 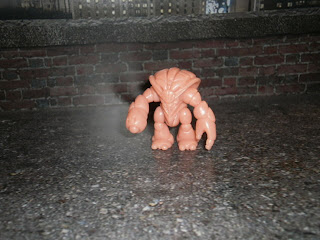 The figure just contains 5 pieces, the head is not detachable from the torso.  The arms and legs are detachable, and those form the only points of articulations - at the shoulders and the hips. 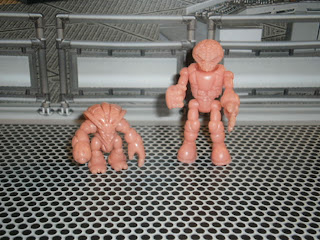 The figure is also half the size of the Echo Morph from yesterday, and his parts may be used on the Echo Morth's torso and heads to create a dwarf version of the figure.  It's a nice little thing, but since this is free, I really shouldn't complain too much!
Posted by Novelty at 00:59