I'm still peppering the toys I'm opening this month with gitd stuff, in honour of the fact that last year's theme for January was gitd.  There's no theme this year though, I'm just going crazy opening toys willy-nilly.  I was in Hamleys in London the other day, and I picked up two things - a gitd boomerang, and Scooby's gitd van. 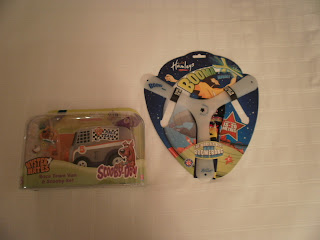 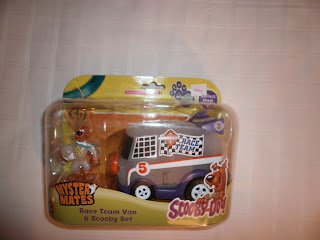 The packaging follows the standard Scooby Doo packaging from Character Options, with a nice big bubble and the green title card and back.  The contents are displayed well in the bubble, but there's not a hint on the front of the packaging that they gitd. 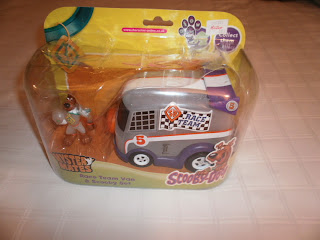 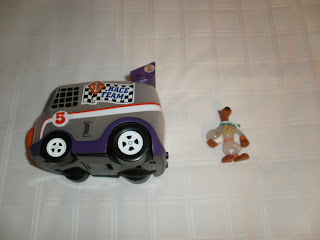 There's only a Scooby and a van in there, and it's rather simplistic.  The Scooby is non-articulated, but is painted rather well, with the logo tampographed onto his chest. 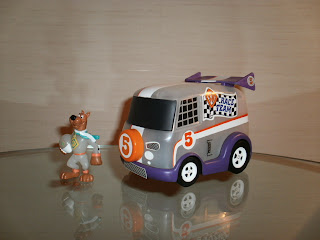 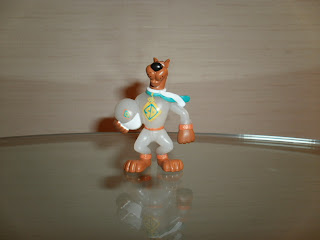 The vehicle is basically a repaint of the Mystery Van (which I was looking for, but couldn't find) and is also very well painted.  The colours and the tampographed details make the van a lot more interesting, and of course, most of it gitd.  The wheels roll, but other than that, there are no other moving parts.

I'm glad I got this though as the gitd line is being phased out in the UK.
Posted by Novelty at 00:55