I think this is my favourite of the releases this year for the Cars theme.  One box with three vehicles that we've never seen before.  Heck, they probably only included Lightning McQueen so that it sells, but he's the least awesome part of this set IMO. 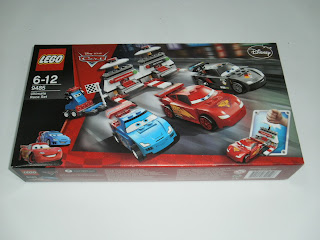 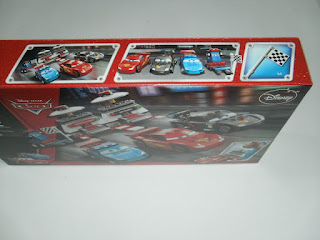 The box looks like a glossy car magazine on the front and the top.  I like that. 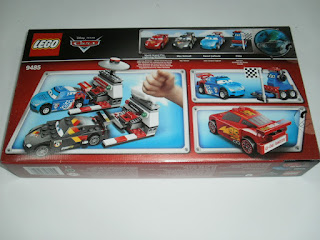 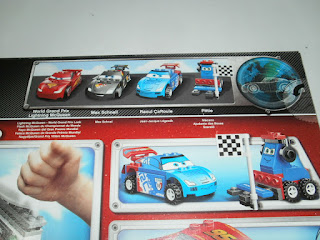 The back shows off the action features, including the plungers from Racers, and the names of the cars.  Yes, that's a pittie for the French car, Raoul and I do wish they would have included a second pittie for Max, the german car. 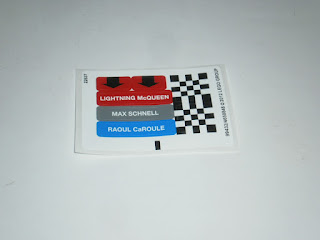 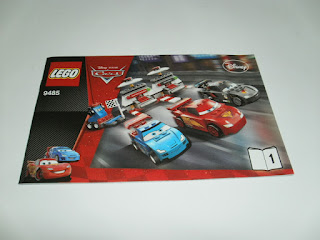 I like that the sticker sheet gives us all 3 names as well. 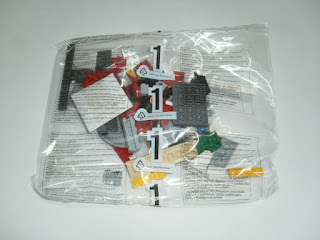 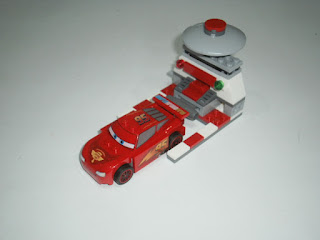 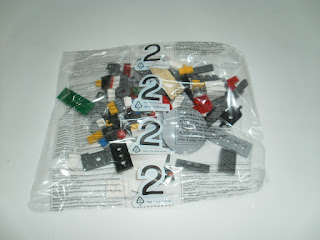 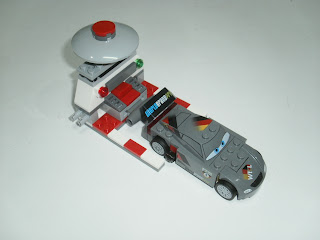 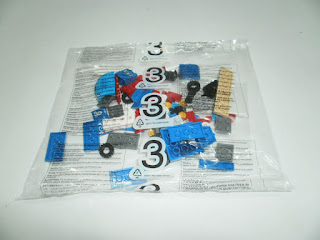 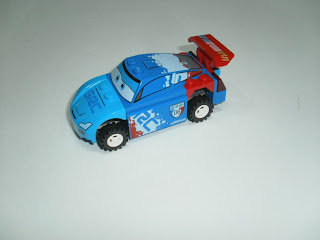 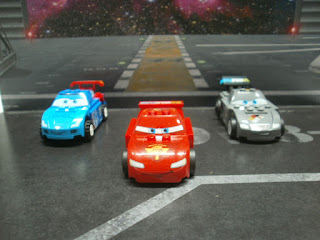 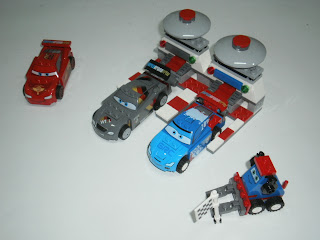 Vroom, vroom! Watch them go.  The plungers work well and they have a replacable plate to enable them to be used by any of the 3 cars in the set. 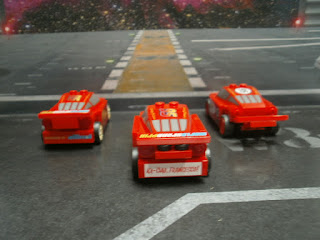 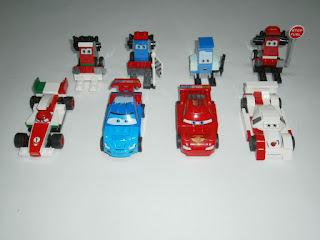 The Lightning McQueen is a special deco - he's slightly different from the other versions of him so far.  So now we have 4 vehicles with pitties.  I hope we get more.
Posted by Novelty at 23:34