Ivan Mater is one of the four individual vehicles in the release this year, but unlike Jeff, he's mainly a "repaint" of Mater with blue bricks.  Still, I guess he does look very different from Mater. 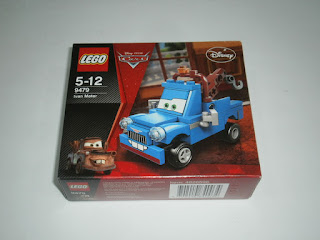 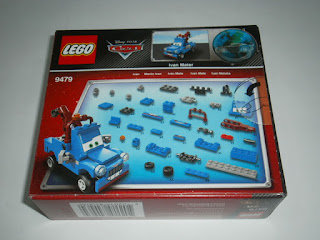 Mater's box is similar to Jeff's.  A picture of him on the front, the bricks on the back. 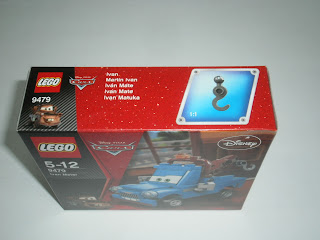 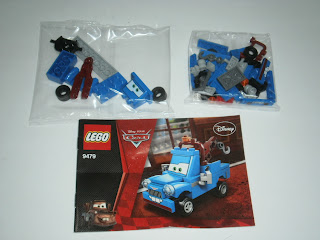 The top has a picture of Mater's hook instead of the wheel on Jeff.  Mater comes in two baggies and has an instruction book. 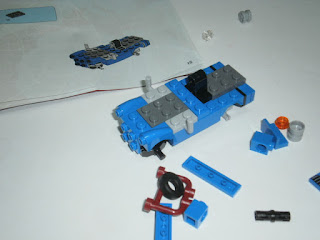 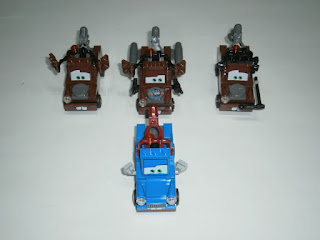 The build isn't too bad, but as I said, this isn't the first time that we've had a Mater. 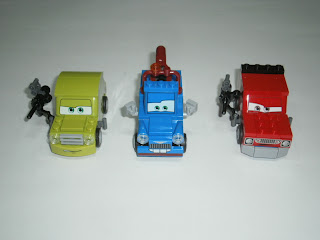 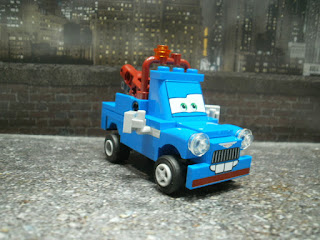 He does look good in that blue though.  I think this is the first time that we've had a vehicle in this blue for the Cars theme.
Posted by Novelty at 23:31