It's day 3 of GL Wave 2 week, DCUC 2011 month here on Toy a Day.  Yes, it's a Wednesday and I'm opening what's supposedly a movie figure named G'Hu?  I think this is a throwaway figure at long time fans, but I'm not one of them. 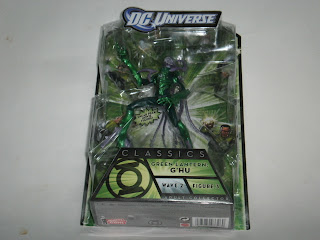 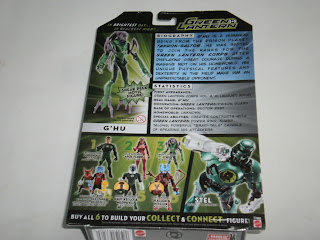 He comes on the standard green Green Lantern wave card.  It's getting a tad boring by now.  The pose in the blister does show off some of the details of his amazing sculpt. 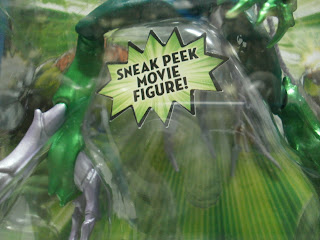 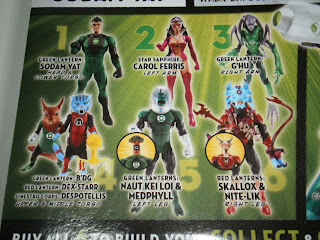 There's a starburst on the card stating that it's a "Sneak Peek Movie Figure!".  I still don't recall seeing him in the movie, but perhaps he only had a cameo. 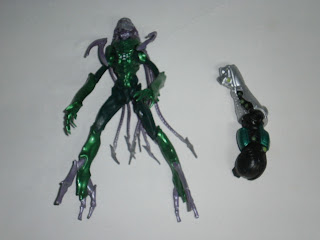 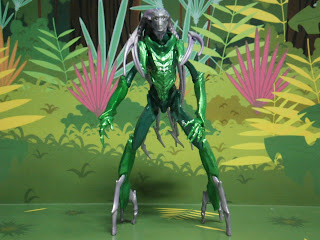 G'Hu comes with Stel's other hand, but like most DCUC figures, does not have any accessories.  He does not have the standard DCUC sculpt though, and I think he's a completely new sculpt.  His legs are a pair of trident claws, and the knee articulation aren't bendy hinges, but are twisty hole and pegs instead. 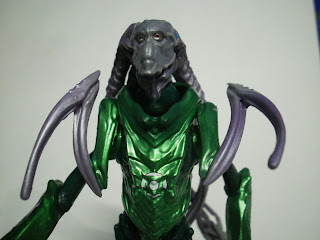 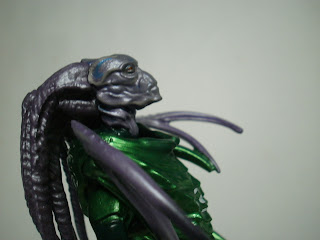 The head sculpt is amazing with all sorts of scary exoskeleton-y details.  The paintwork on there has been carefully chosen to give it that insect sheen.  The forearms are a pair of appendages that looks like collars, but is really a pair of legs that look like a mantis' forearms.  The plus is that it is even articulated! 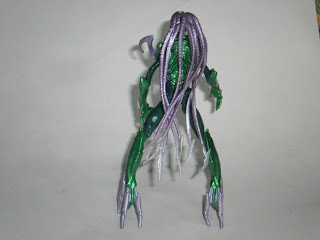 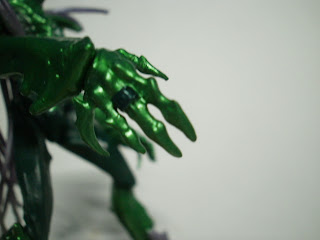 The braided plastic hair looks great and reminds me of a Predator character.  The hair is made from very rubbery plastic and doesn't really hinder the neck articulation. 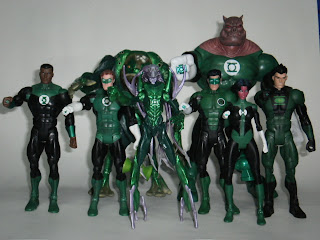 He's a bit odd, but he does bring a lot of alienness into the otherwise humanoid GL Corps.  And my Corps display grows by another one.
Posted by Novelty at 00:52