It's day 2 of Bandai week featuring Ben 10 here on Toy a Day, and today I'm opening Jet Ray.  Wait, wasn't there another Jet Ray that I opened last year as part of Monster October.  Yes, there was that, but this is the transparent version of the flying alien who shoots lasers from his eyes and tail. 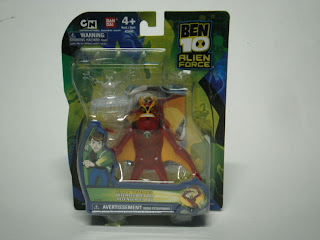 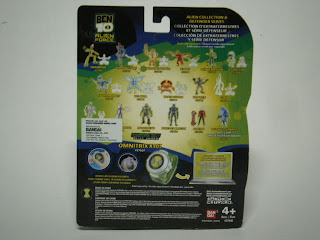 The packaging has morped somewhat, and is smaller than the previous wave.  The main elements of the packaging remains the same though, with Ben's untransformed image on the title card, the blues and greens on the cardback and the other toys in the line on the cardback.  Now, there's no action feature here, so that's not on the back, but the back does show the omnitrix and all the features associated with that... even though that toy is not here on this card. 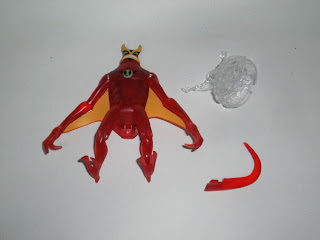 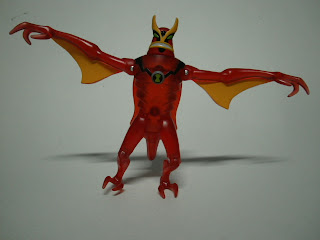 Out of the package, the toy consists of the figure, his removable tail and the attachment to the Omnitrix watch.  The figure is moulded completely from red transparent plastic, and is painted on the face, wings and plumber symbol on his chest.  The figure has seven points of articulation, which is slightly above average for a Ben 10 figure, but this is simply a "repaint" of the old figure. 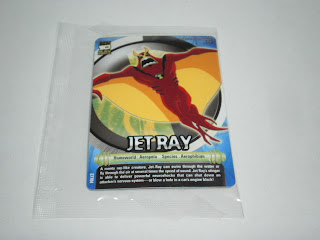 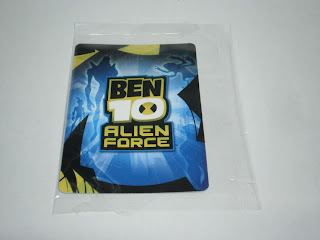 What's new this time around is a trading card... 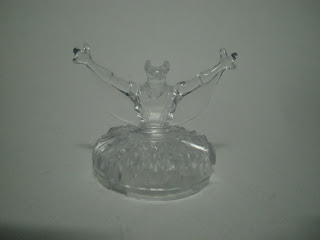 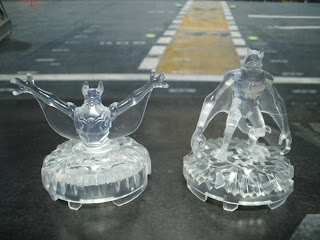 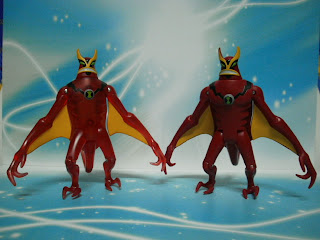 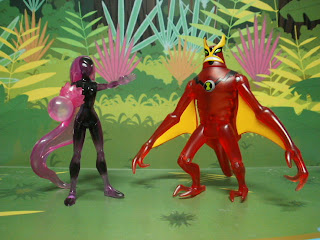 This repaint actually looks better to me, as it's lighter.  Perhaps it's because it reminds me of glacial sweets... It also matches well with the Gwen from yesterday, and displays well.  I guess I'll have to create a Ben 10 display again, since I rotated the display out at the end of last year.
Posted by Novelty at 22:22