It's day 6 of Kenner week featuring Robocop, and this isn't a Kenner toy, but it's still a Robocop toy, so it goes into this week.  Just because.  It's a Toy Island toy, and if Stan Parks from yesterday is any indication, this will be an interesting toy. 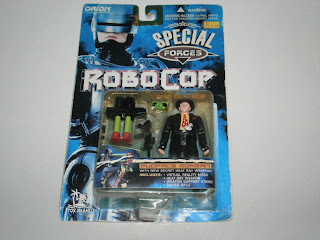 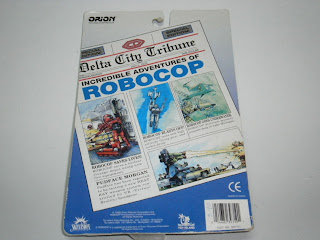 The card is a bit faded.  It has another picture of Robocop on the front which gives it a reather generic look for all the figures.  The name of the character is stated on the title card inside the bubble and it is also positioned in the bubble such that it covers the character's feet.  It also covers some parts of the accessories. 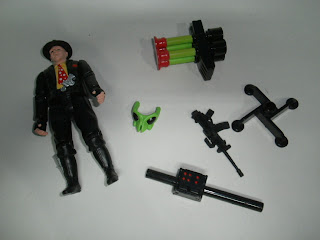 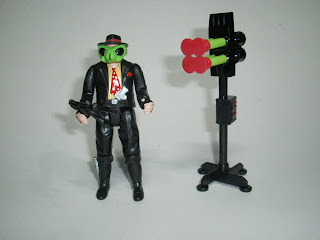 Pudface comes with a machine gun, an insectoid head mask, and a three piece missile launcher thing that looks like a traffic light.  The missiles don't actually fire, and they are painted green and red, the colours one would find on a traffic light.  The gun can't really be held in his hands properly, but does look good with a lot of details.  The mask just about fits on his face and stays there if he's not being played with, but it does come off very easily. 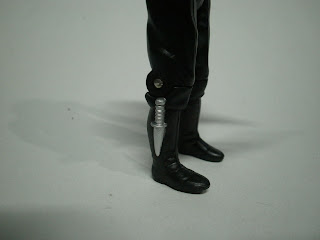 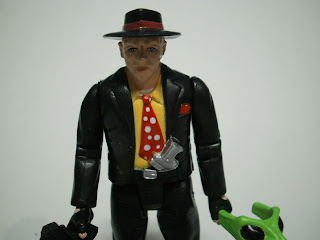 The figure has the same nine points of articulation on Stan and a great sculpt.  The paint work though, particularly the silver parts does bleed "out of the lines" onto the other parts of his body.  The face sculpt is creepy and the paintwork and perpetual shade from the hat only accentuates this. 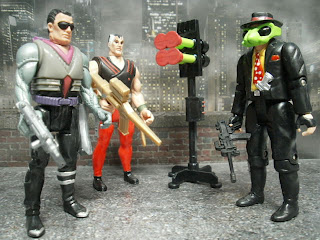 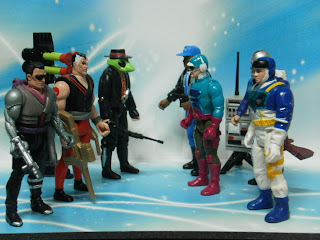 Like Stan from yesterday, here's another figure that fits in well with the Kenner line, which really does surprise me.  And that's it for my unopened Robocop figures... at least until then new Ebay purchases arrive!
Posted by Novelty at 00:10