This is the last of my unopened Train sets from this year... well, until I buy some more new ones.  This set was released last year though (in 2010) and is just a basic boring red commuter electric train. 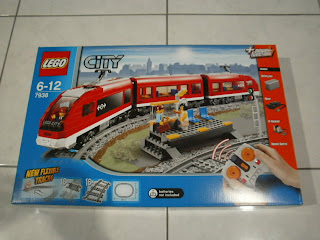 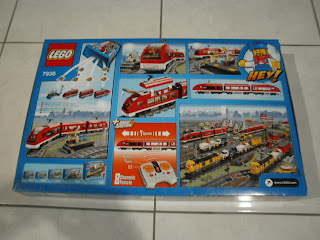 The box is large, but not as large as the cargo train from the same year.  It is the City blue box, complete with all the train elements at the bottom and the Power Function elements on the right.  The back of the box has the usual things, including that picture of Mr. Towells. 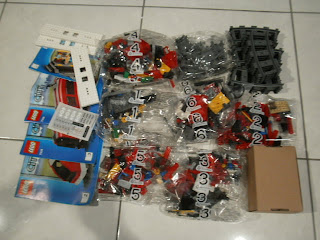 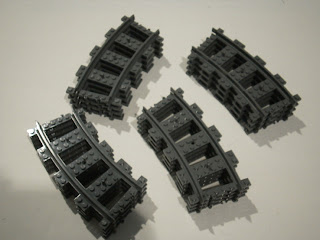 The box was well packed and everything was squashed inside.  There are seven baggies, another baggie with the remote receiver, four instruction booklets, the brown box with the electronics, four set of tracks, a decal sheet and three oversized large white pieces. 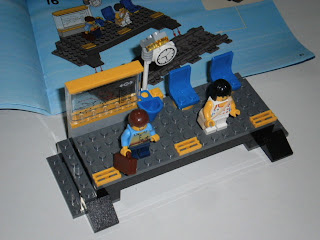 Baggie number 1 builds the station and contains two minifigures and a set of traffic lights. 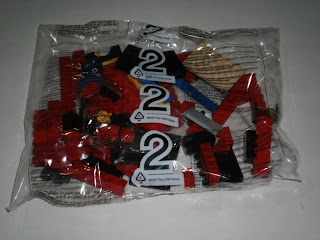 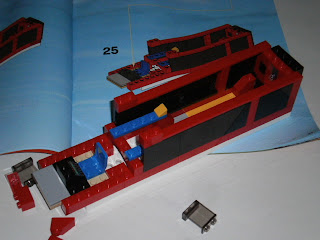 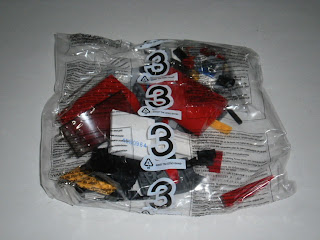 which is completed by the bricks in baggie number 3 and the electronics. 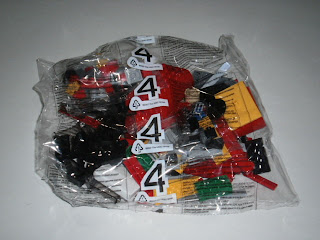 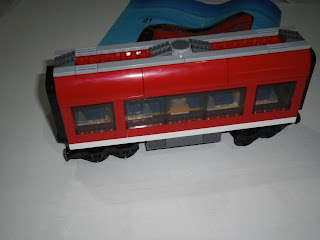 The passenger car is built from bricks in baggie number 4. 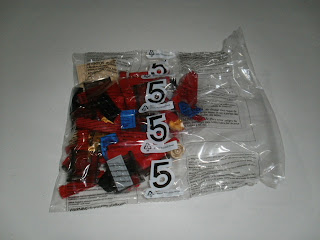 And baggie number 5 builds part of the rear car, which has a passenger compartment too. 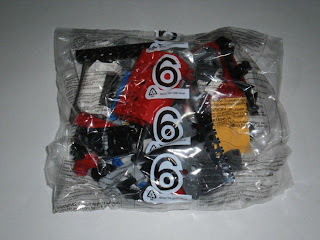 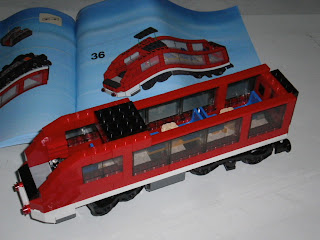 The car is completed by bricks from baggie number 6. 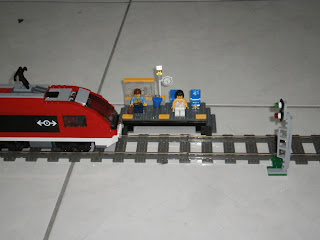 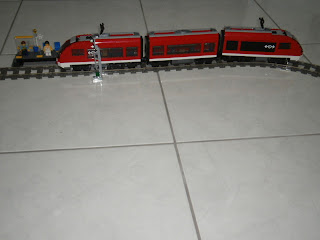 Overall, this set is slightly boring - the bullet train from 5 years ago was a lot more interesting.  One thing Lego should do is sell passenger cars (and maybe restaurant cars and double decker cars) separately so that one can build up the trains.  That's something they haven't done in ages though.
Posted by Novelty at 00:33