I have a couple of these, and since these are "accessories" instead of actual toys, they don't count towards my one-a-day total.  Now this is a reissued set for this year, having previously appeared three (or is it 4?) years earlier. 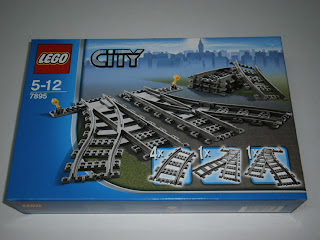 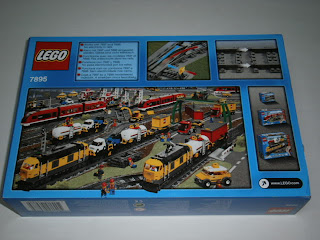 What can I say about the typical Lego City box front?  It's too blue here, because there isn't anything other than grey in the tracks?  There are three inserts on the front to give the track count inside the box.  That's sorta good.  The back of the box shows the features of the tracks, and a picture of all the sets this year... 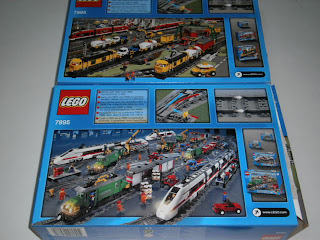 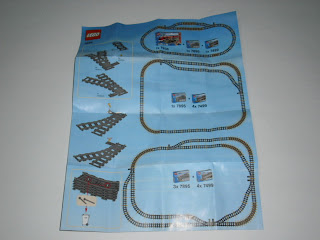 And the picture on the back is the only difference from the first issue of this set. 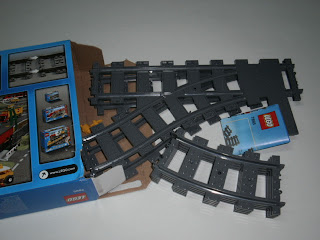 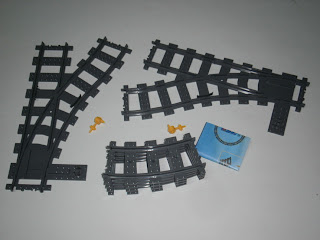 There is an instruction sheet inside the set, but it basically gives ideas for rail layouts, which are rather boring actually.  These come with four curve pieces, and although it's nice, I wish they were straight sections of the tracks - one can only do so much with curved pieces - and, and here's the important thing - trains tend to go slower or derail on the curved pieces.  Anyways, this is a good set because of the switches, and switches are important because they allow for crossings.  Overall, it does play a part in the layout of my build, and opening two of these (in addition to my "vintage" set) would help lots.
Posted by Novelty at 11:13