I'm still working on the railroad.  This will probably be a long term project as I get going to complete the Train layout and maybe even a city layout by the end of the year... or so.  I've no fixed plans at the moment. 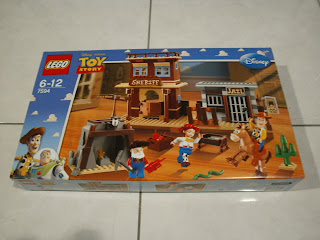 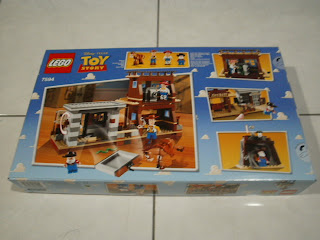 The box is the blue sky with clouds Toy Story box which is the first issue of the set (I think).  Later reissues were based on the white Toy Story 3 box, but me being me, I got these the first time they were issued because I'm so stoked about these Lego sets.  The front of the box has a nice picture of the contents, and the back has pictures of the figures and the action features.  That's rather boring for a Lego box - where's the advertising that these are supposed to be construction toys? 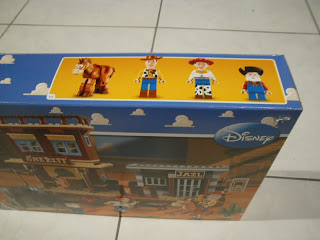 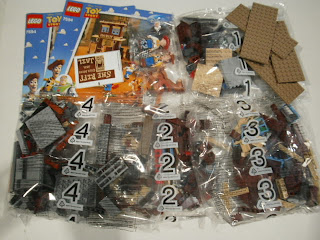 The top of the box has pictures of the figures to scale, like what's usual for Lego.  The box does contain four baggies of bricks, one baggie of characters, two instruction books, a decal sheet and some loose plates. 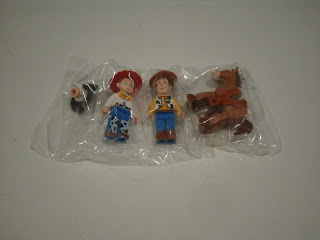 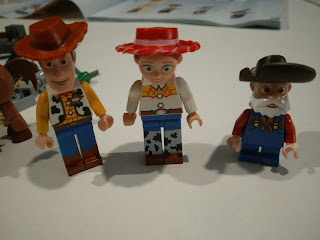 Woody, Jessie and the donkey Bullseye (is that his real name?) are the same figures as those in the Western Train set.  Stinky Pete though is exclusive to this set.  He's based on a kid's figure with the non-articulated leg.  His head is a one-piece hat-head-beard and it seems a bit oversized for the body. 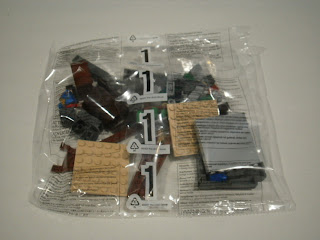 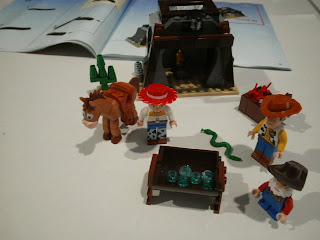 Baggie number 1 builds the mine and the associated accessories including a box of dynamite and a half barrel of water.  There's also a rather interesting cactus tree.  The mine has a gold "nugget" sitting on a ledge, and there's a hole in the roof of the mine where you can drop round brick "stones" onto the head of whoever is going to steal the gold nugget.  *yawn*  That's boring. 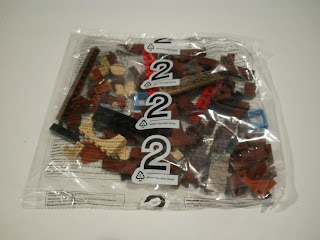 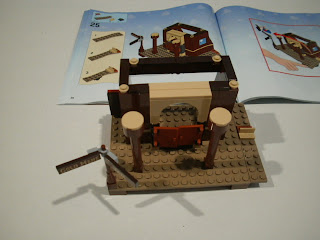 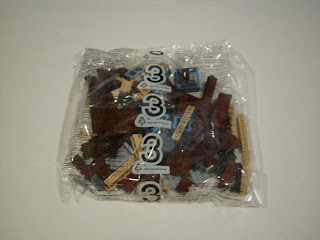 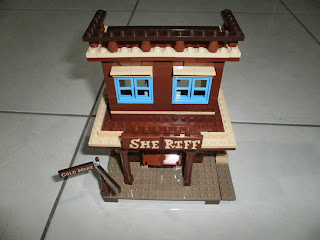 and baggie number 3 completes the office. 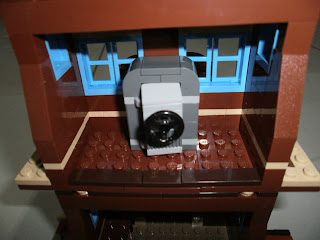 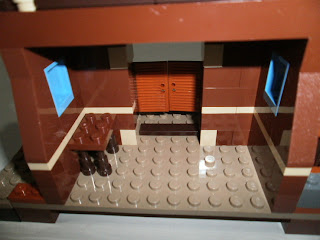 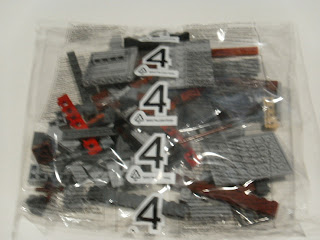 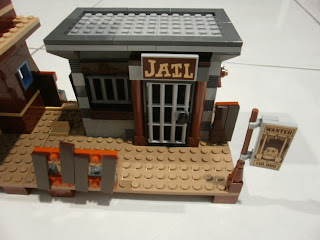 Baggie number 4 builds the jail set, complete with a weird wooden fence thing and a wanted poster of Stinky Pete.  There's no lock on the door, so anyone could just open it.  The action feature here is that the back wall is removable, so when the lever on the side is rotated, the back wall flies off.  That's a good action feature, but it introduces a bad design flaw as it means the back of the jail building isn't exactly "complete". 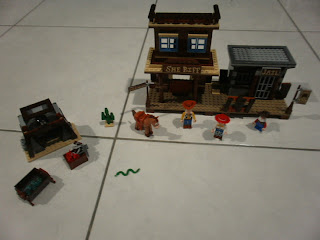 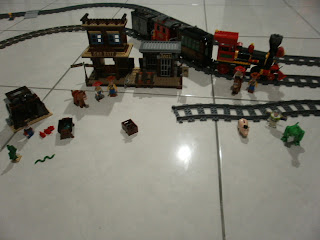 Overall this is a nice set, not based on any of the movies, but it does introduces the "Western" theme back into Lego, if only temporarily.  This, together with the Toy Story Western Train set, will probably form the "Wild West" part of my train layout.  Yippie Ay Aye.
Posted by Novelty at 14:06