I originally saw these at poeghostal.com and fell in love with the crisp display. It took me a while to order them, but they finally came in today. Since these are NOT toys, I don't feel guilty opening them - afterall, they won't be taking up a "slot" that has been reserved for something this month. 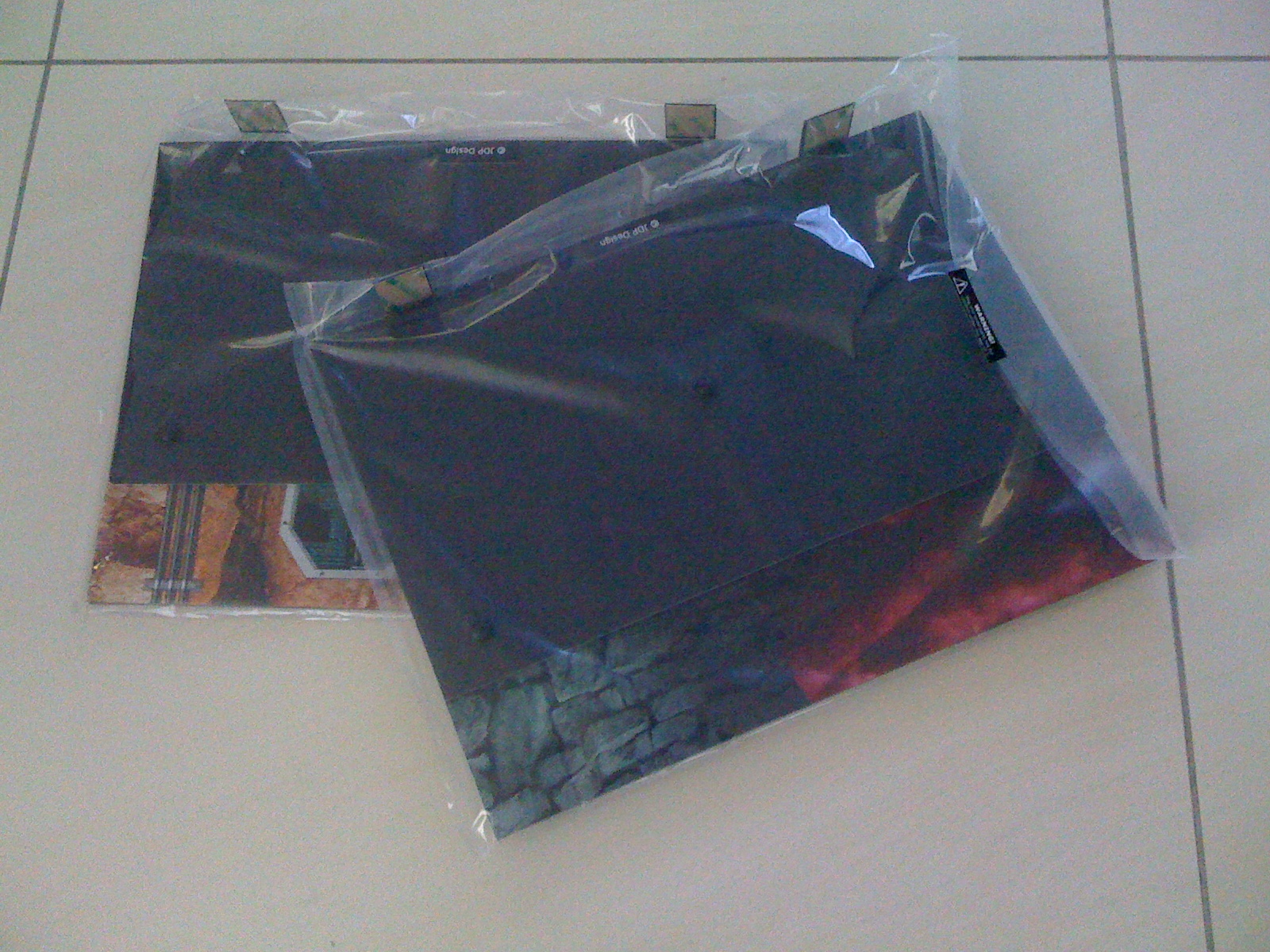 I got the Dark World Castle and Secret Base displays. The reason the names are so generic is that the company probably can't market them as Castle Grayskull and G.I.Joe base. The box was nicely padded and everything came in good condition. One thing to make a note about is that the "foot" of the back is glued onto the back and is shipped. The glue isn't very tight and might come loose during shipping. 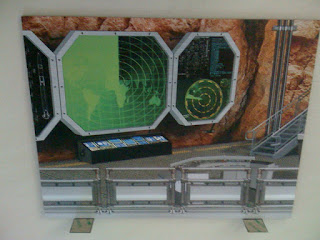 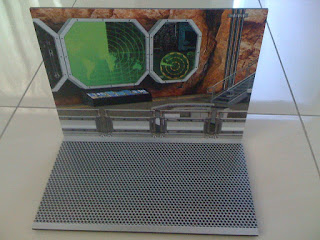 I have issues with the way the stairs are cropped on the right and the screen on the left. There's also the issue that the control room floor seems a level below and there's no way to populate that floor.

Still, when I place Dragstor there on the display, my fears were dispelled. The background does make a good display and the background seems remarkably rendered in 3D. Notice also Dragstor's shadow in the picture, the lay of which does not betray the fact that the backdrop only extends less than an inch behind Dragstor. I'm satisfied with this. 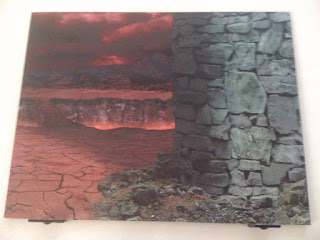 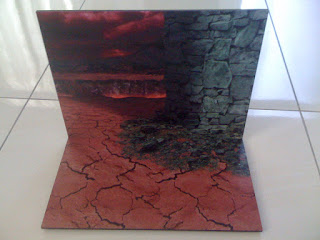 The Dark World Castle thing is based on the foot of one of what appears to be Castle Grayskull's castle, but it's located on a volcanic version of Mars, complete with crevises and magma/lava. The concern I had about this display was ensuring that I line up all the little cracks and other lines on the display so that it would seem seemless going from base to the background. I don't think I succeeded, as I can tell where the base ends and where the background begins. Boo hoo hoo. 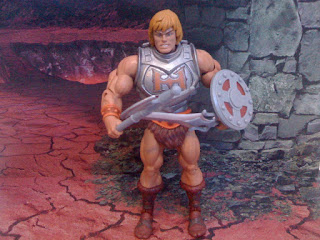 Still the display is nice, witness He-Man claiming his spot in front of the camera, or Skeletor and Faker plotting to take over the unseen castle. 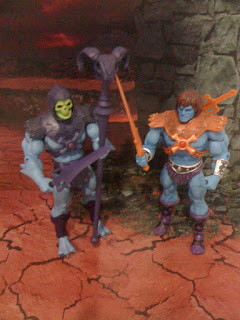 Overall, I'm happy with the displays. At US$20 a display, excluding shipping, these are not cheap. However, I think they are worth the price, especially if one is going to photograph their characters. If you do like it, why not head over to actionfiguredisplays.com and checking out the stuff they have. They have a few more other types of displays, from the cartoon world, to horror to real life. Trust me, you won't regret it!
Posted by Novelty at 19:44