Two Bad actually got made into a figure in the Millennium line, despite the fact that he didn't really have that much screen time. 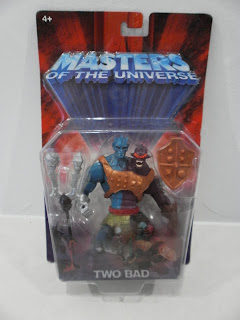 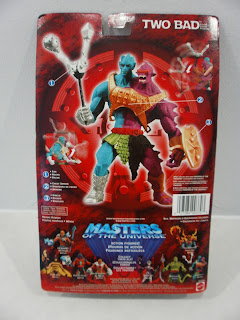 There are two versions of the character, a red carded version and a green one. I have both, so I decided to open the green version. 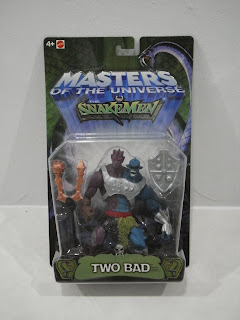 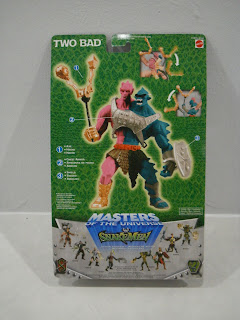 I actually forgot that the green carded Two Bad is a repaint until pH6 reminded me via a facebook comment. The colours on this Two Bad is swapped in a cheap effort to make something different and move the product that nobody could find or want. 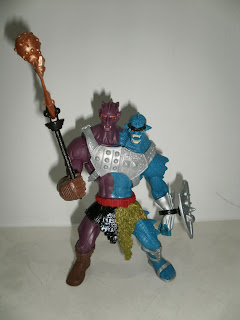 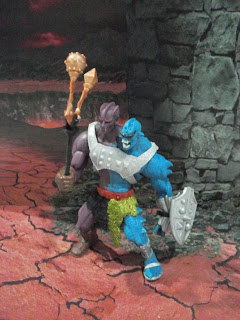 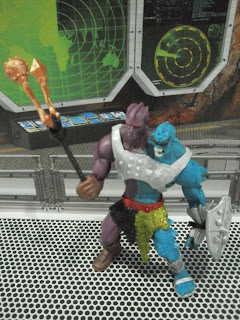 Two Bad comes with his usual shield, and a weird double club weapon of sorts. I like the merged loincloth (these aren't furry pants) and the fact that they included the punching action on both arms, just like the vintage toy. 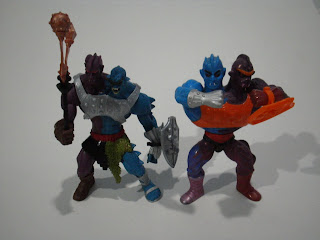 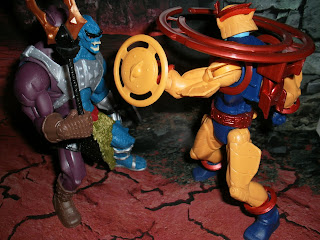 Two Bad seems a lot more musculor when compared with his Millennium counterparts too. His body isn't twice the width, or even one and a half times the width, it's about the same as the normal figure, which is a pity. Still that's a minor complaint as he still fits rather well within the line.
I like this Millennium Two Bad. It's very faithful to the vintage version, and the fixed pose doesn't seem too ridiculous to display. The action features are still there for those who would like to play with him, and he comes with not one, but two weapons for maximum play. More pictures, as usual, on the facebook album.
Posted by Novelty at 23:03