It's the last day of Attack of the "killin teh lien" clones, and well, today we have something that I think will have no redemption at all. Yes, NONE AT ALL. Or not! 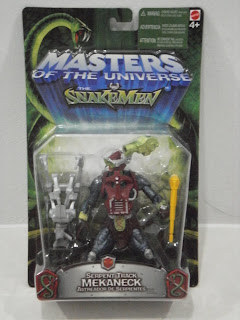 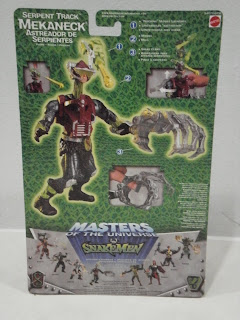 To paraphrase George Orwell - Red card good, green card bad. That applies very clearly here. This could have looked so much cooler on a red card IMO. I don't like the clash of colours on the cardback or the weird pose that Mek has there. 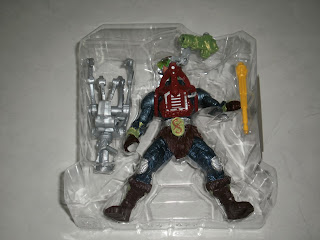 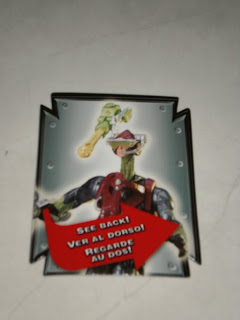 The display pose is boring, and the missile seems to take the place of his usual club, which is sorely lacking here. What I do like (since it is a green card) is the small see back card by the side, where the pose and the angle of the shot is more dynamic. Now why couldn't they have gone the route of the red carded figures and included that in the title card is beyond me. 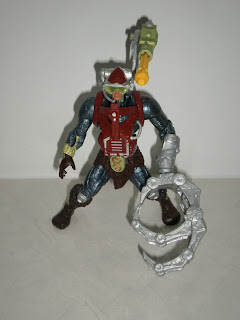 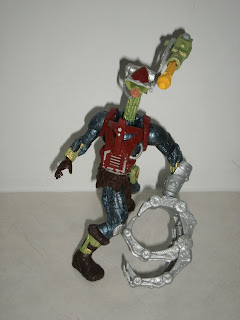 This Mekaneck comes with a missile launcher, a missile and huge freaking metallic hands. The hands are way oversized, and for a character that's supposed to be a periscope, it makes no sense. I'm not sure I like the modified head with the attachment for the missile launcher either, although, I must say, that at least makes sense, since Mekaneck's head is the most mobile part of him. 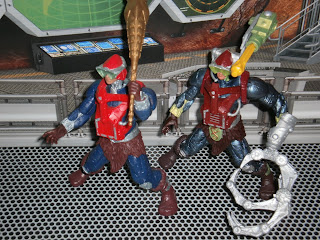 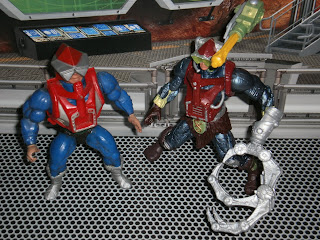 This Mekaneck is painted in a more metallic blue and a more crimsom red than the original Millennium version. I have to say, the result is disappointing - the first version of Mekaneck in this line looks a whole lot better than this alternate variant. And the club = win!

How does this Mek compare with the vintage version? Well, like most figures in the Millennium line, he looks anorexic next to the vintage figure. However, thanks to the pose, the Millennium version is also about the same height as the vintage toy, which means he's short for the line, as the other figures in the line is usually a whole head taller than their vintage counterparts. I'm afraid this Mekaneck is joining the other "killin teh lien" figures back in the box! Tomorrow, we start Snakemen week! Yay!
Posted by Novelty at 19:50