Small World: Be Not Afraid

The Small World expansions are coming hard and furious.  Small Word is a board game that I've been playing a lot of these days.  It's for 2 - 5 players and it is all about earning gold by capturing territory in a resource poor world.  Resource management is key.  The thing that makes it different every game are the different races, each of which have a power of sorts, and a modifier tile which grants the race an extra power.  Days of Wonder, the publisher of the games, have been adding races and modifiers as expansions, and over the two years or so since the game has been published, there's been half a dozen expansions.

Be Not Afraid is the largest expansion to date with 5 new races and an equal number of modifiers.  However, the size is also because Days of Wonder has included with an expansion a tile storage box which can store all the tiles in the expansion, and has room to store the tiles from the previous 3 expansions - Leaders, Cursed and Grand Dames.  Again, this is really just an opening post with pictures instead of a review. 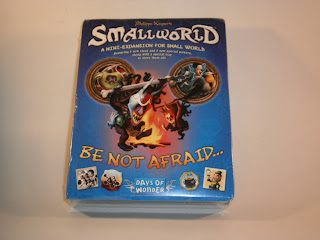 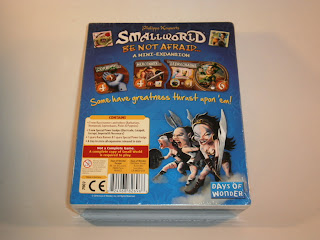 The box shows some of the contents of the expansions and features artwork from the tiles themselves.  It's not as wordy as some of the other stuff out there though, and that's because it's mostly in English. 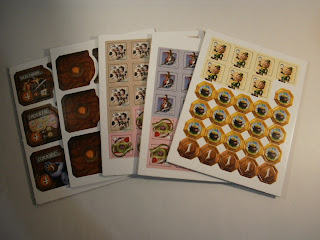 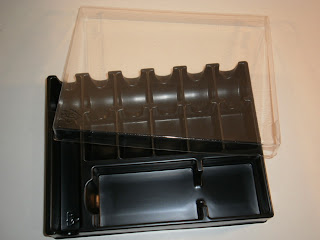 There are six sheets of tiles and the tile box.  The box has compartments for everything in the set, and spare slots for the new races from Cursed and Grand Dames.  I'm using the long coin slot for Leaders.  Most of the Necromancers tiles actually fit into the box, as there is a slot for them.  However as mentioned yesterday, the Necromancer Island tile is too big to fit into this storage box. 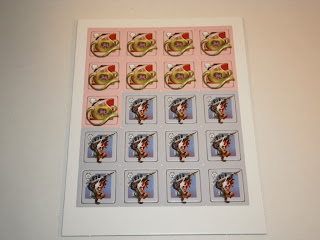 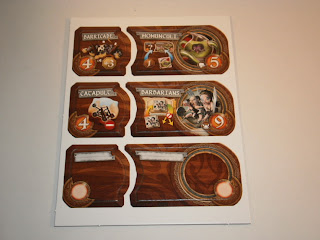 Unlike the previous expansions, the race counters and the race tile/modifiers are not printed on the same sheet, but on different sheets.  Days of Wonders made a mistake in the printing though, they left out the catapult tile (required for the special power of the same name).  They printed that separately and sent it together with my expansion.  They even added the Leader tokens for the five races in the expansion to the small Catapult sheet.  Days of Wonders is great at little surprises like that. 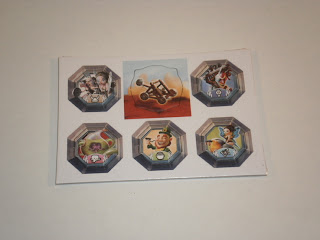 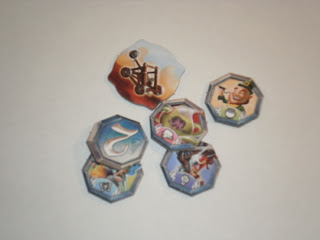 I must confess that I only purchased this expansion because I wanted the storage tray.  The last thing I'd want is to lose all the tokens I have so far.  Oh, and that Necromancer's Island was given away free when I purchased this!
Posted by Novelty at 00:34

Email ThisBlogThis!Share to TwitterShare to FacebookShare to Pinterest
Labels: Be Not Afraid, Small World