If any of you guys watch Pop Culture Network's That New Toy Smell, you'd have heard about Shadow Strikers every now and again.  What's that?  Well, today I'll open one of these babies up.  It's Nostalgia November here on Toy a Day, and I'm having lots of fun so far this month. 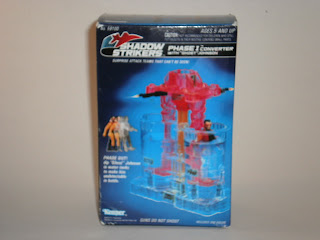 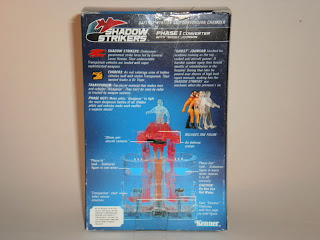 I'll start off with a playset of sorts.  The Pulse I Converter is one of the smaller toysin the range.  The box has rather nice photos on the front and the back, and is very very wordy, but that's only because there's no instruction manual inside the box... and I'm running ahead of myself. 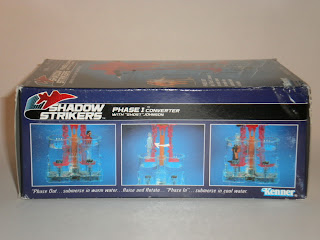 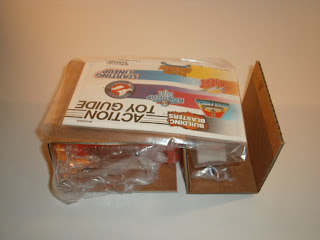 The action feature is actually explained on the side of the box.  Basically, this is an entire line of SDCC MotUC Orko, where the figures turn transparent when dunked in hot water and colouered when cooled.  Now this being an early 90s Kenner box, the packagin is solid, and it even has a Kenner toy catalogue inside the box. 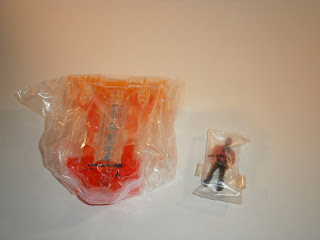 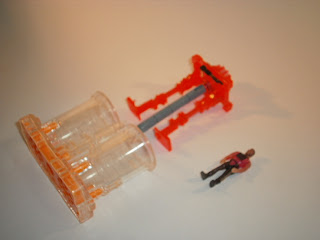 The toy consists of three pieces, and assembly is well, close to nil.  Hot and cold water are not included though.  Basically, one's supposed to fill one of the two chambers with hot water and the other chamber with cold water.  Place the figure on the stand, dunk it into the tank with hot water and watch it turn transparent, then rotate to the other tank, the one with cold water, dunk it in and watch it turn back again.  Sort of fun. 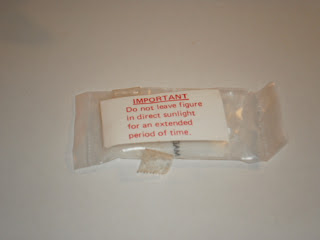 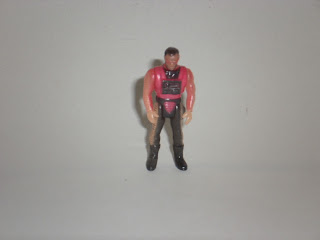 The figure is bright and colourful and Kenner took steps to make sure that it is not transparent, eventhough it is under close examination.  There's even a warning label on the baggie that holds the figure to make sure that it's not exposed to direct sunlight for long periods of time... otherwise, it'd just fade away into a ghost... or ghostly transparent figure, I'd guess. 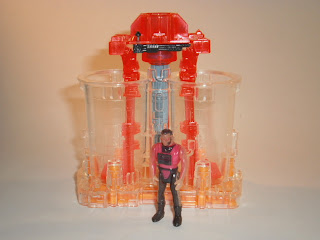 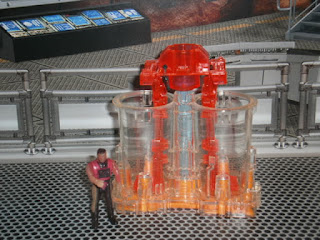 Overall, this is a cool mini-playset, but this is atypical of the Shadow Strikers line which consists mostly of vehicles.  Still, as the smallest of the line, it does introduce the concept of the line - people turning invisible - rather effectively.
Posted by Novelty at 00:35