It's the final day of Crystar week.  I wish I had more to go on, but this is all I have of the line.  Welcome to this site and Nostalgia November and today I open up another big carded figure that's titled "Spell of the Evil Wizard".  Now that's a mouthful. 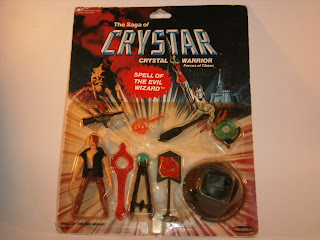 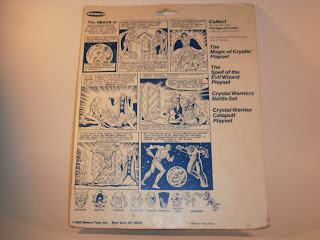 The whole thing comes on a bigger card than the normal figures, but despite the card being bigger size-wise, the contents is more or less the same.  The arrangement of the accessories is slightly different from The Magic of Crystal figure, which also comes on a similar large card.  There's also the sticker on the front which states the name. 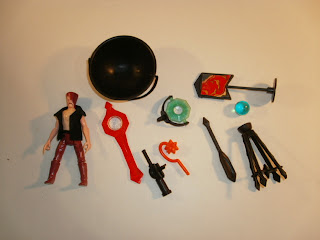 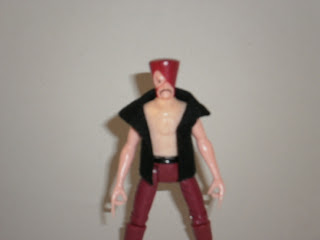 The figure is a repainted Zardeth, with a different piece of clothing; gone is the toga robe, this figure now has a nice black felt jacket.  It exposes his chest which, as is common with Ogeode, has a circle with a weird symbol on it.  It's the same symbol on Ogeode as Zardeth, so I have no idea what it's supposed to be.  The maroon hair and the face has a bit of slop, but it's acceptable. 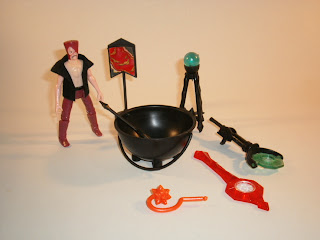 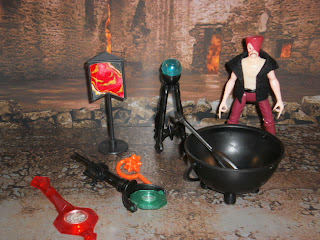 There're a lot of accessories with the figure, but most of them are reused from Zardeth and The Magic of Crystal figures.  The only difference is that most of the accessories are of a black colour instead of a silver-grey, but otherwise, they are similar. 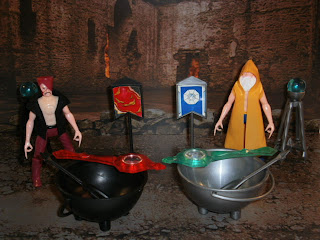 Somehow this figure together with the accessories reminds me of the TV show Iron Chef.  I wonder why...
Posted by Novelty at 00:43

Email ThisBlogThis!Share to TwitterShare to FacebookShare to Pinterest
Labels: Crystar, Spell of the Evil Wizard, Zardeth