Chris Vint asked me what I was opening today. My answer was another Lego set. This one though, is sort of a limited set. I'm not sure how limited it is though. It's also a set from late 2009. 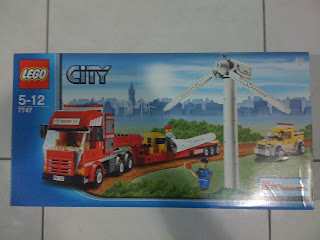 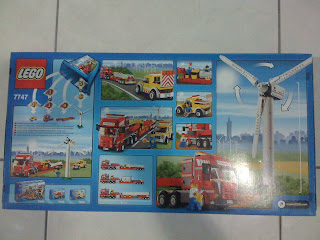 This isn't the first windmill or wind turbine set out there, but it's definately one that's the most available at the moment. It also has a big box with part of the model disassembled and being lifted from/onto the truck. Hmm... from the looks of the box image, it seems rather skimpy. 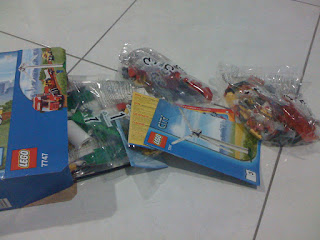 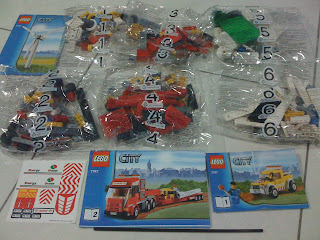 Opening the box though gave me my first surprise. There are 6 baggies and 3 instruction books. This isn't as bad as I thought it would be. 6 baggies means a decent amount of parts, or so I hope. 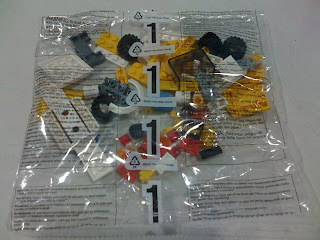 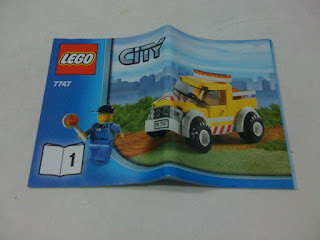 The first model is the yellow pickup with the red and white stripes. All the parts were in baggie #1. Personally I thought this vehicle is a bit superfluous and was only added to the set to "make up the numbers" so that it justified the box. However, this isn't as apparent as the disparate parts of City Corner. 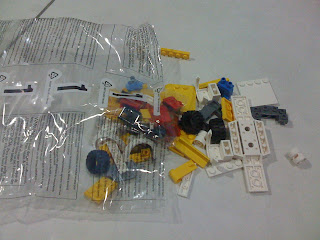 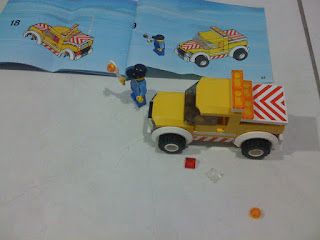 While building the model though, I noticed that Lego has finally reverted to the openable doors and are not using normal bricks as vehicle sides. That's a good thing. It's also one of my comments in the survey that they held early 2009, so this only goes to prove that Lego does take customer feedback into account. 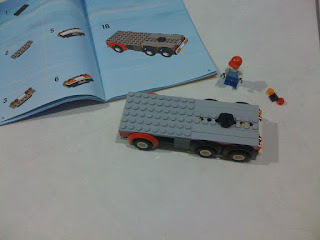 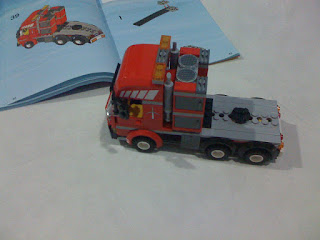 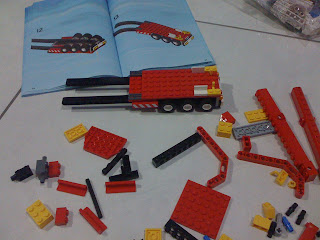 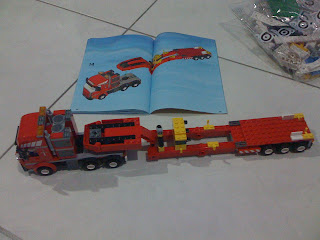 The cab and trailer comes in three separate baggies. Bag #2 builds the rear of the cab, while bag #3 completes the cab. Bag #4 consist of parts for the trailer. This vehicle took the longest of the three bits of this set to build, but it's worth it. It's over a foot long and reminds me slightly of Optimus Prime or even Rhino from MASK. 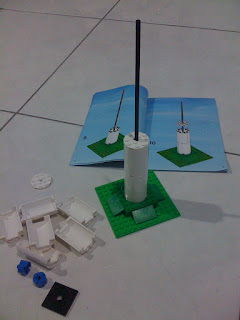 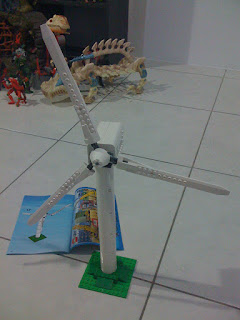 The final two baggies are for the wind turbine itself. Bag #5 had parts for the stack, while Bag #6 builds the generator and the blades. Despite the size, this was the quickest to build out of the three bits. There are two "articulation points" - the turbine actually spins. It also swivels about the stack as well. It's fun to play with. 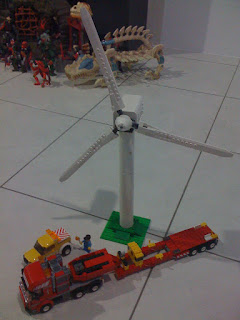 There's the set with all its components. The wind turbine stands almost 2 feet tall. More pictures, of course are in the Facebook album. 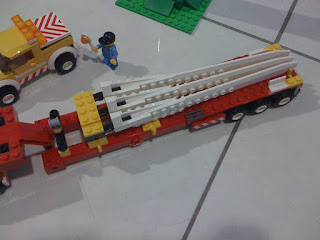 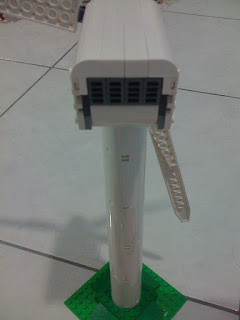 This set also has great design details - check out the exhausts at the rear of the wind turbine, for instance, or the front of the cab with its grill. The set is also designed for play in mind - the wind turbine can be broken down into 5 separate pieces and these will one way or another fit on the trailer, although not all at the same time.
Overall, this is a very well thought out set, well designed and put together. This is definately a shining example of what Lego can do when it doesn't pander to its baser instinct!
Posted by Novelty at 00:03