This is probably the first knock-off on the list for this year, and I'm not sure if it'll be the last. Maybe not. The original toy series was an update of Bandai's Machine Robo series for the new millenium (I think that's one of my favourite phrase). Sure, there's a repaint in there somewhere, but it's gone from a transforming Gobot to a transforming Gobot gestalt. And yes, the Machine Robos eventually became the Gobots in English speaking countries. 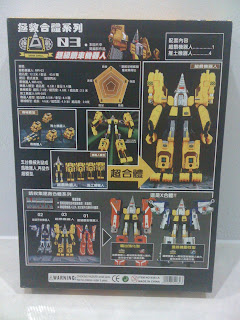 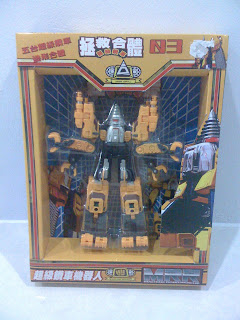 For a pirated toy, the box is sure nice, and the display shows everything of interest. I have to say, I really like the box, the layout, the art, everything. The bubble and the tray holds everything in place rather smugly. There isn't a window on the front of the box, which would have been redundant. 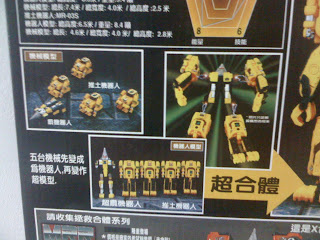 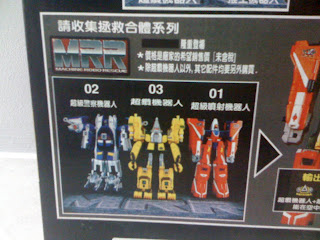 The back of the box shows what the toy is capable of, as well as the other toys in the series. Typical for Japanese robot toys, I guess, and it's also a quick copy by the makers of this toy. 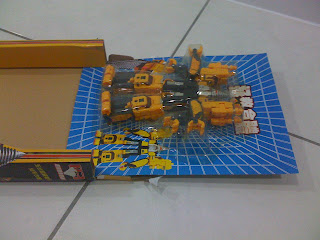 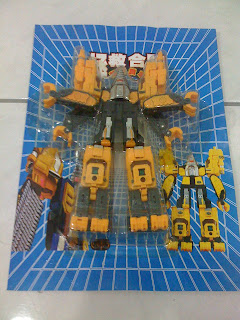 The toy is actually on a card inside the box. Talk about secondary packaging. The card though, is not as impressive as the box, which is a pity. 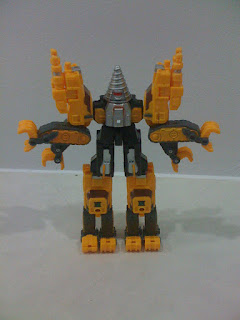 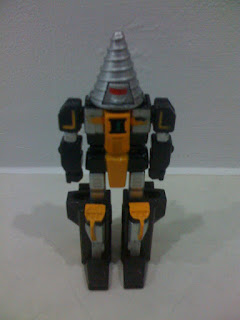 The Gestalt mode is passable. It has the annoying habit of tipping over since the joints aren't tight at all. The central Drill Robo seems to have a modified mould to allow for the arms and legs to attach to it. However, this cheap rip-off gets quite a lot wrong, and as a result it transforms badly into the drilling machine. 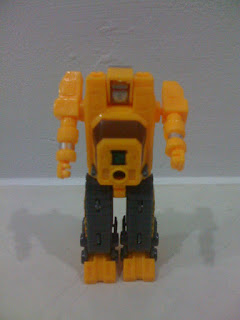 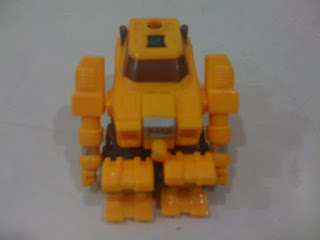 Nevertheless, there's still 5 toys in this package - the Drill Robo and the 4 bulldozers. The dozers are even numbered 2 - 5. However, the design is clearly second rate and they barely look like dozers. The transformation is also very very simple. 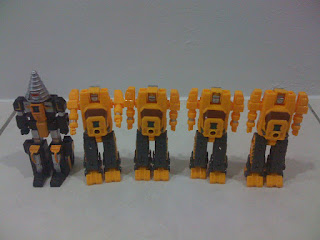 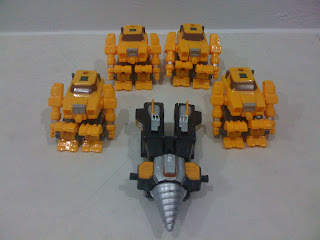 I like arranging them in formation. The pointy Drill Robo makes a rather nice "leader". As usual, more photos are in the Facebook album.
(Note #80 = 21st March 2010)
Posted by Novelty at 23:11