#85 translates to the 26th of March. 5 more toys until the end of Mecha.nic.al March and the beginning of Anniversary April. I think She-Ra is ready to go next week. 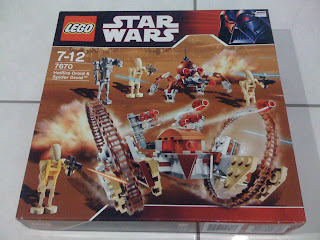 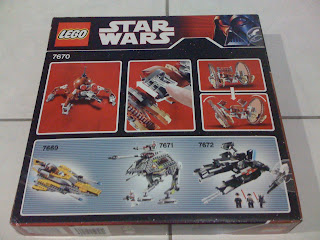 Well, since there's still quite a bit of Lego left, I thought I might as well get this opened and out of the way. There's still one more set left for Mecha March, which will probably get opened over the weekend. 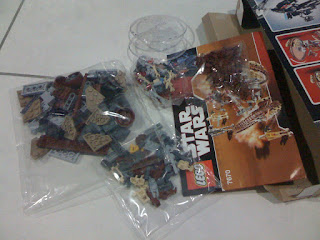 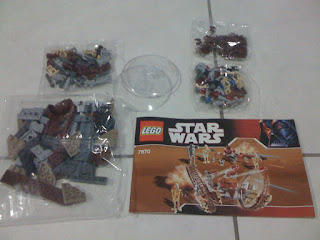 The contents of such a big box seems rather disappointing. However, it's expected. I think Lego should really start considering about saving the planet by using less cardbox for the boxes - i.e. make the boxes smaller. That would be an improvement. 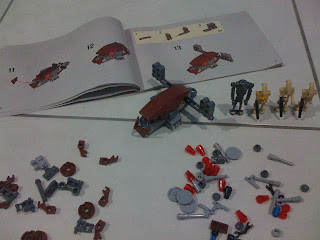 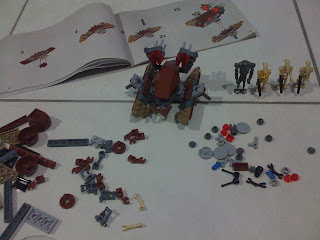 The build was relatively simple, after all, the set consists of 4 droids and 2 robot things. I have a sneaky feeling that the droids were only added to increase the parts count for this set so that they could put it in such a big box. 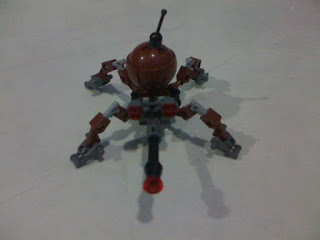 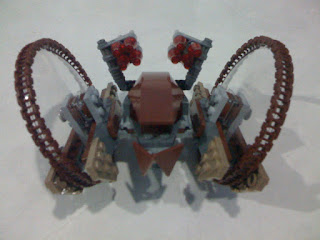 The Hellfire droid was easy to build, yet interesting. The missiles do actually fire, although not as well. I have no idea what is the other model, but I think it's an AotC thing. The parts that are used to make it is interesting, including an eyeball for it's abdomen, and droid bodies for its feet. 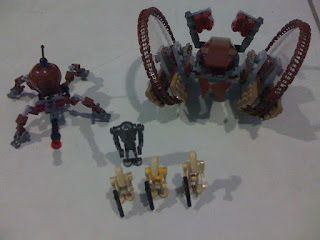 There's the complete set. It's rather disappointing, IMO, for such a large box. Still, it's a nice way to get all these droids, and army builders would absolutely love this set. As usual, more pictures are in the facebook album.
Posted by Novelty at 23:56