The original idea behind Mecha.nic.al March, was of course, Mechas. Today's TaD will focus on a Mecha, but this won't be a "normal" Mecha. No sireee! I'd like to dedicate this to Frad (from whom I got KG!) 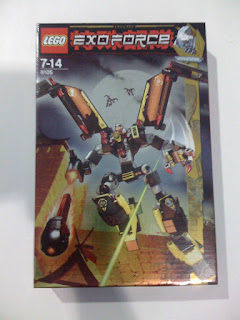 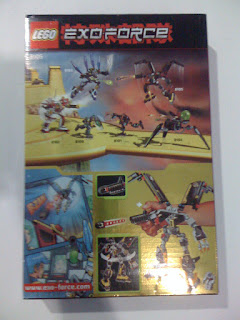 Today's Mecha is a Lego Mecha, and since I'm on a villian spree, I thought I'd do the Iron Condor, which is a sophomore year set for the Exoforce Theme - the Lego mecha theme that was recently discontinued. 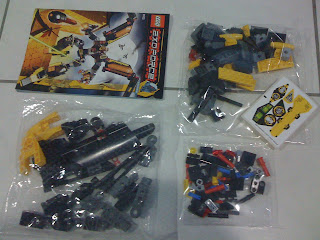 Look, no numbered bags. This isn't your average City set! The age range is also slightly higher than normal, but of course, that's only serves as guidance for the target age of the set. 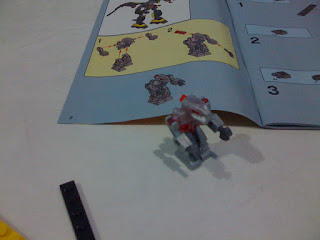 The droid minifig has 8 pieces, which is the most of any droid. Unfortunately, this is also the ugliest of all the Lego droids. 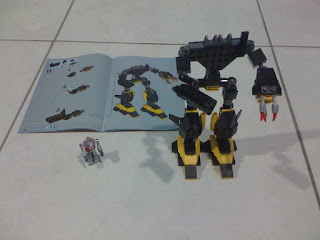 The build is relatively simple. Build the torso, then the legs, then the feet, then the arms and finally the head. 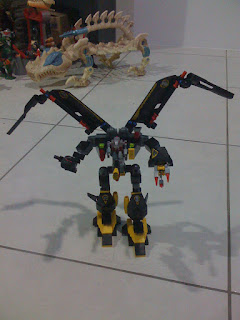 Despite the easy build, I was impressed with the end result. One can never go wrong with a black model and yellow and trans red highlights. The awesome size of the model is also impressive. The only downside is that it feels a bit too flimsy, and may not survive rough play... but then again, this is Lego, it's meant to be torn apart and put together again! 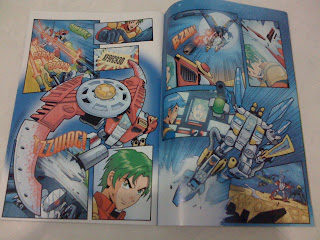 As usual, more pictures is in the relevant Facebook album, including a look at the comic that forms part of the instructions book!
Posted by Novelty at 22:46