Yesterday, I saw the preview for Clash of the Titans. Well, this isn't anything related to the movie, but it's yet another toy for Mecha March. 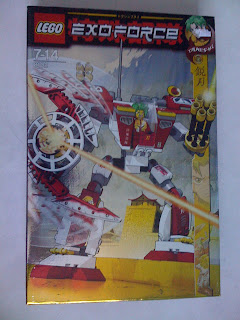 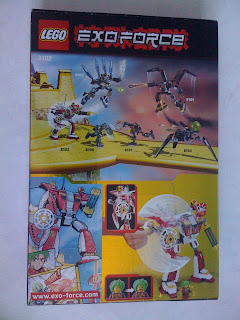 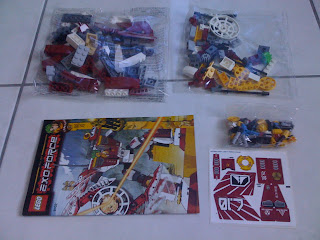 The contents are rather nice, the usual instruction booklet, the decal sheet and 3 baggies. The baggies are not numbered, but they don't have to be. 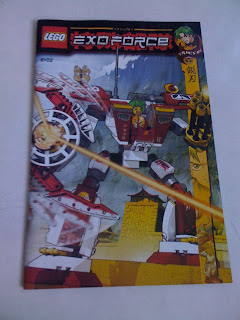 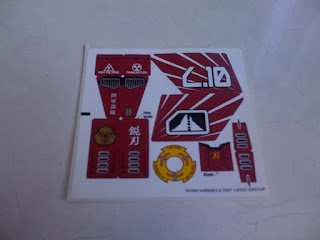 The instruction book cover looks surprisingly similar to the image from the box front. Wait, it's the same. Hmm... no points for creativity there. As is usual for Exoforce, there is also a comic at the end of the instruction booklet. One annoyance I had with this instruction booklet is that it does not mention when to put the stickers on - as a result, I completed the model, but it was sticklerless, but I'm jumping ahead of myself... 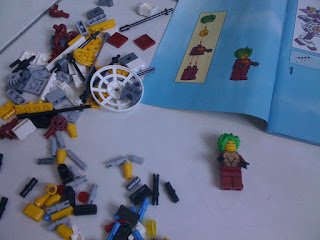 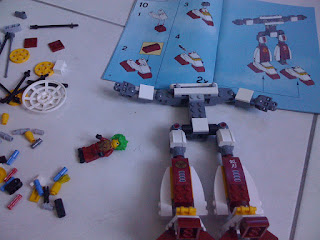 The build was as normal - the minifig was two faces printed on the head brick - an annoyed face and an angry face. I'm not sure if the Exoforce good guy minifigs are supposed to be happy... I somehow miss the old smileys. 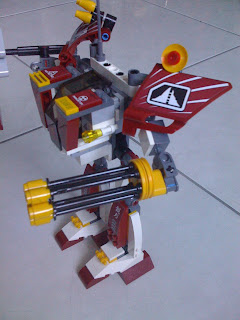 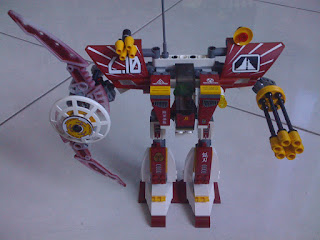 And that's the end result, one without the stickers until I realised I forgot to apply them, at which point I had to go back through the instructions to check where to apply the stickers. Grrr... And as usual, more pictures of the build is in the dedicated Facebook album
Posted by Novelty at 22:05