Lego has a number of Mecha lines especially in the first decade of the new millenium. Exoforce was the main one, but the most successful theme actually is this one, Bionicle. I'm not a huge fan of Bionicle, and I have absolutely no idea about the crazy storyline that drives this theme. I've only been picking up the sets that are available, and that I like, and this one was going for cheap so... 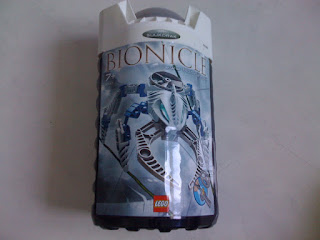 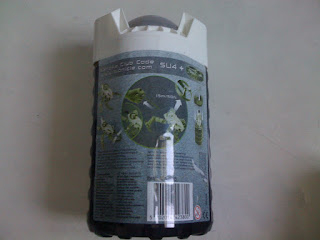 Bionicle departed from the standard cardboard boxes and the smaller figures have had plastic containers. Well, mostly. This set isn't an exception. 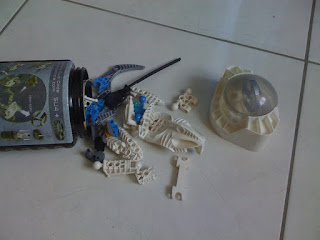 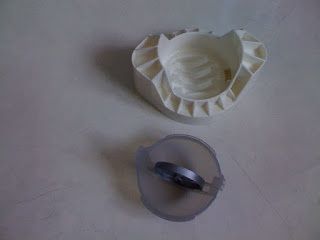 I was surprised that there are no baggies inside the container. This is the first time that I've encountered this. I do know the latter bionicle sets inside plastic containers comes with baggies, especially for the smaller parts. What's nice about the container is that the top actually is a storage compartment for the action feature "missile" of this Bionicle series. The container is a cool design. 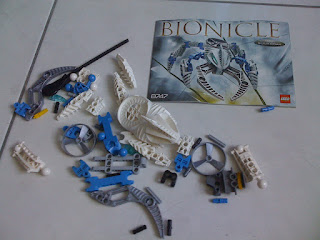 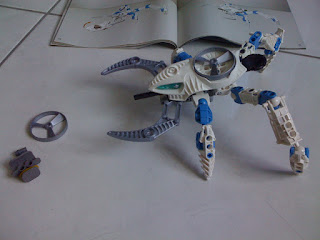 The build was relatively straightforward and simple. However, one of the piece that came with the set was not the exact one as shown in the instructions. As a result I spent ages trying to determine if I could do the substitution - and yes, I could. The instructions were weird and not in the usual Lego style. This set really doesn't feel like a Lego set, but instead feels like a knock-off, albeit a very good quality knock-off. 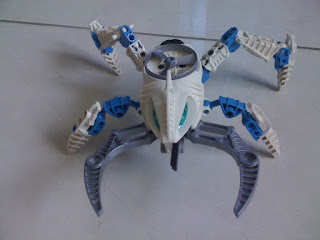 And there's the completed model. The ripcord spins the propeller thing which lifts off thanks to aerodynamics. This is the "Ice" version of the Bionicle. There are 5 other versions which looks similar, but in different colours representing different elements. And that's another lego set, although it won't be the last of them this month!
Posted by Novelty at 21:50