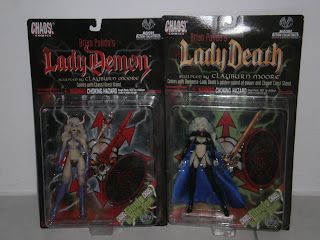 Click to read more!
Posted by Novelty at 18:14 0 comments

I  have no idea why comicbook characters get gitd toys, but this is the fourth one in as many days that I've opened.  Ghost is the title character from Dark Horse comic.  She's a ghost assassin of some sort?  I have no idea, nor do I really care.  She gitds, that's all I want from her. 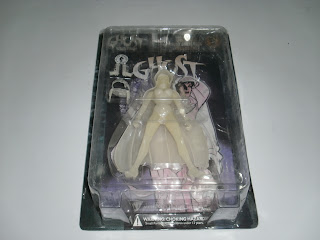 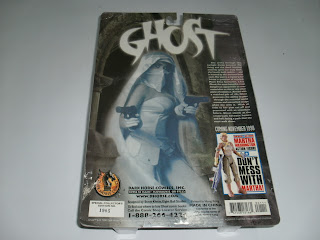 Click to read more!
Posted by Novelty at 23:47 3 comments

Email ThisBlogThis!Share to TwitterShare to FacebookShare to Pinterest
Labels: Ghost 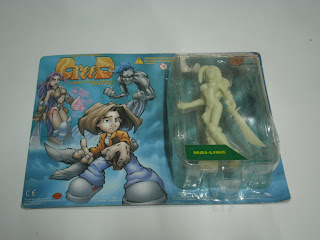 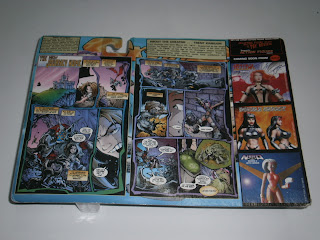 Click to read more!
Posted by Novelty at 23:39 0 comments 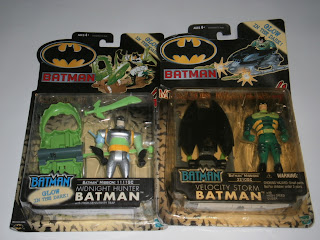 Click to read more!
Posted by Novelty at 23:24 0 comments

What I'm opening in February

February is all about love and stuff.  And here on Toy a Day, it's always been about ladies.  So here's a picture of what I'm opening in February! 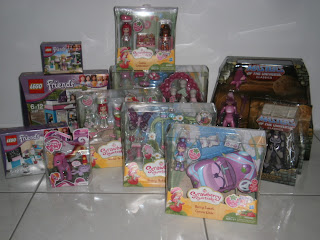 It's not one a day, but that hasn't been what I'm doing this year.  Which reminds me, I need to write up what's happening this year here on the blog.  It's February and I'm still busy with things from Christmas!  Eep.

January is traditionally gitd month here on Toy a Day, and this year is no different.  Coming off Lego minifigures, I thought I'd show off their imitators, the Minimates. 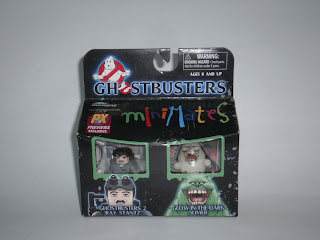 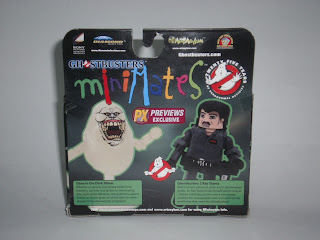 Click to read more!
Posted by Novelty at 23:13 0 comments

The first thing I opened in the new year is more Lego!  Heh.  Minifigures Series 6 hit the shores of the UK way back in December but have been trickling to the rest of the world in January.  Well, what did I get? 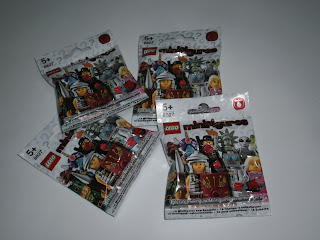 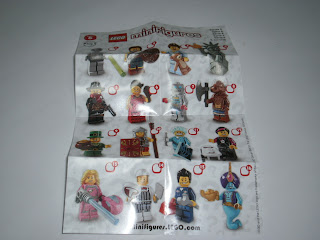 Click to read more!
Posted by Novelty at 20:18 0 comments

What I'm opening in January

January has traditionally (and when I say traditionally, I mean for the past 2 years) been gitd month here on Toy a Day.  I'm still a bit behind on other things and am playing catch up, but I'll be opening these sometime this month. 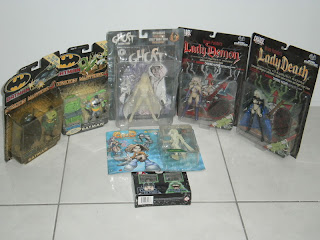 Hopefully I'll have the time to blog about them as I open them up.  Have a great 2012, and if MotU is your thing, Happy 30th anniversary!

2010: Let's recap what Toy A Day was originally intended to do in 2010.  I have a whole bunch of toys.  Toys picked up over the past 10 years or so.  Toys that I've meant to open, but have never got the time or the space.  In 2010, I decided to change all that.  I was going to open a toy for each day of the year and write about the opening on Facebook.  Well, somewhere along the line, it became a full fledged review and at some point it got a lot long-winded.  Facebook Notes got messy with all the format changes, so I moved out in April into the blog that you are now reading.

However, things got tedious.  It was interrupting my real life to actually open, photograph and write about the toys on a daily basis.  In other words it was getting to be a drag. 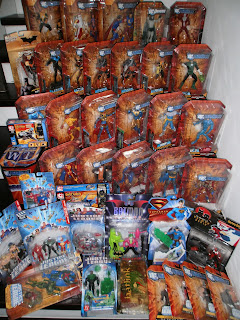 I did however enjoy what I was doing.  I liked opening the toys.  I like writing about them.  And to my surprise, I have picked up a bunch of regular followers, some of which have even decided to start their own toy blog.  Along the way, I've guest blogged here and there, including on Poe Ghostal.com.  That was fun.

That also led to the contest.  It was a simple contest, with a prize that wasn't that fantastic, but I was surprised at the amount of effort that people have put into it.

So, all good things must come to an end?

2011: Yes, all good things must come to an end.  The end of 2010 was a good breather for me.  I suspect right after writing this (on the last day of 2010), I'll open up a whole bunch of toys since I'm not limited by my one toy for each day of the year rule anymore.  But what does this mean for the blog?

Let me iterate what this blog is all about.  This is my personal blog where I showcase the toy that I've opened for the day, at least that was the idea last year.  So what about 2011?  Well, basically, I'll be doing more or less the same from the readers point of view.  However, things cannot go on as they were last year, and this year I'm making two major differences. 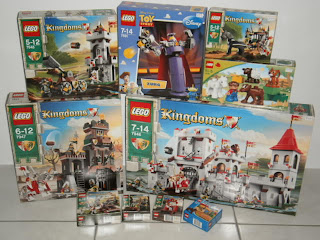 Firstly, I will be opening toys as and when I want to with no limits.  Hah!  It means I can open the toy that just arrived in the post or that I've just picked up from the store without interrupting my blogging schedule.  As Havoc said on his birthday "F**k Toy a Day".

Secondly, I'll still write up about these days or even weeks beforehand, and thanks to the blogging software, will post one per day, or close enough to that schedule.  So they will be slightly outdated when published, but they shouldn't make too big a difference. 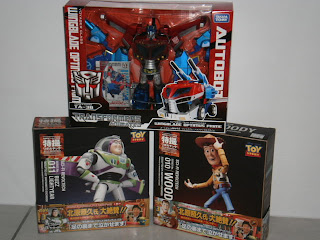 2012: For two years, that's 730 days, I opened one toy a day (well, on average for the second year anyways) and wrote about them here on this blog.  Along the way I've made many friends and have had many adventures.  I must say I've had fun in the past two years.


Before I talk about what I'm doing in 2012, lemme quickly run down the list of pies I have my greedy fingers stuck in, some of which are loudly baying for my blood after two years of neglect.

Duke Nostalgia - This is my toy site started in 2001.  Among other things, the site was a repository for my Mad Scientist and Centurions resources (and I can't even link to them anymore), some of which are not found elsewhere on the internet.  Due to the server upgrade in August last year, the links went wonky and since I didn't have the time to actually sort them out and fix them, I brought the whole site down, with the promise to myself that I would fix them eventually.  I'm hoping that eventually would be this year though.

Blue Furok - I'm one of the few people who played the Magi-Nation Duel card game, and at this point in time, I'm probably the only person to run a fan-site for the game complete with Forums where fans can interact.  The content really needs to be updated with all the goodies that the fanbase is asking for, and I've tried to keep track with some of the more simpler modifications, but it does really need a lot more love for some of the major contents on the site.

Carcassonne Central - This isn't my site, but if you head over into the forums and check out the Staff list you'll see me listed as Site Staff.  Carcassonne is a tile laying 'German' game.  I actually left the site on hiatus while I started Toy a Day and haven't been too active there since this blog was taking up way too much of my time.  I've had a number of messages from the new admin and the mods there requesting for my assistance on a variety of things, including my former (and still current?) duty of maintaining a number of databases there.  I haven't promised anything, but my friends there need help and I'd be a bastard if I don't help them.

Poe Ghostal - Poe asked me to help out more on the site.  I did say I'll see what I can do to help out.  Poe has been really nice to me, sending me a SDCC Orko (colour change!), free SMC stuff (Yay!) besides hosting the forum for Toy a Day.  I do want to help out, but I don't really know what I'll do there yet.  I still have a Stel review that I promised myself I'll write for the site sometime when I get the time.  That time has still not materialised yet.  It does take quite a bit of time to write for Poe because his standards are just so much higher than what I usually do on this blog, so I do feel I have to live up to those standards, if nothing else to ensure a consistant feel to his site.

So what does that mean for this blog?  Well, there'll be less this year here, not just because I have less time for it, but also because I have exhausted my huge supply of unopened toys.  I'll still do themed months - January 2012 was Movie and Comics gitd month (as January has been about gitd for the past 2 years here on Toy a Day).  This month it's just plain Girlfriend February (as February has been about females for the past 2 years here).  However, it won't be one toy each day.  I'll open what I have and just post them up.  Also, I'm not doing reviews of the toys as such... just my observations of toys and the packaging as I open them.


Do not fear, I'll continue to buy toys.  I'm still collecting MotUC and Lego, and I'm getting DCUC and the Voltron subscriptions so unless Matty does something stupid and not send them to me, I'll continue to get those at least.  And I can never avoid picking up toys on impulse as I walk through the toystore as well.  All those toys would find their way to this blog at some stage!


I'd also like to custom more of the MotUC figures.  I really did enjoy doing the Fuerza-T bad guys last year, and I hope to complete the good guys this year (please let there be a Jitsu in the second half of 2012).  Besides, there's a whole host of other interesting customs to make - Gray for one, other lesser known minicomic and Filmation characters and the like.

What I do want to do as quickly as possible is to get the Centurions page on Duke Nostalgia up as quickly as possible.  It is a resource that's not present elsewhere on the internet.  However, I do have plans to integrate the work on Duke Nostalgia with what I do on Toy a Day and Poe Ghostal this year.  More details would be forthcoming in future I guess.  At the moment, I'm just enjoying the ride.


Whatever it is, this is supposed to be fun, fun for me and fun for the readers.  If you have been regularly following this blog, I thank you for your patronage and I hope you'll continue to enjoy it here.  Your suggestions about the site are welcome and you may comment here (I think this post is commentable), email me or facebook me.