I barely remember this line, but I do know Poe Ghostal is a fan of it. Computer Warriors were a group of warriors who hid in computers and other electronic stuff. There were some transformation and I suppose with good guys and bad guys, battle. 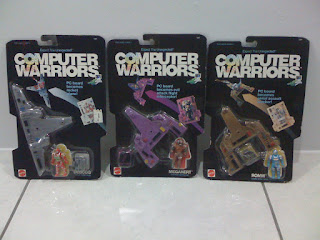 I got these ages ago together with a bunch of Supernatural stuff and a few other things. Sometimes big lots are interesting. 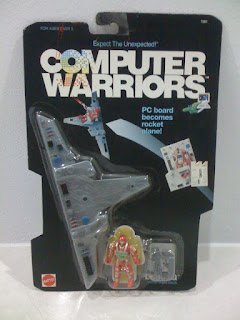 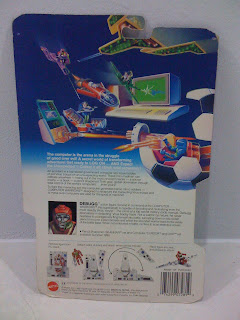 I think Debugg is the leader of the good guys. He rides a computer circuit board of course, which transforms into a jet of some sort. It's an 80s toy line so the bubble has no title card and the card is specific to the figure. I like the way the toy is displayed, and the minimal bubble. The back of the card is okay, and the instructions is printed there at the bottom of the cardback. 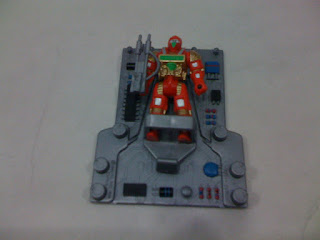 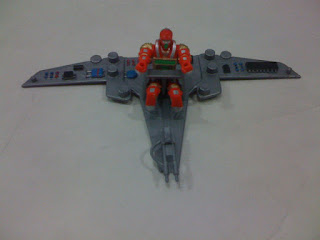 The transformation is relative straightforward - unsnap and resnap. However, I wish Mattel would have added hinges to make it transform better. A cool feature is that the character's back is painted to look like fuses and chips and whatnot, thus camoflaging him onto the circuit board. 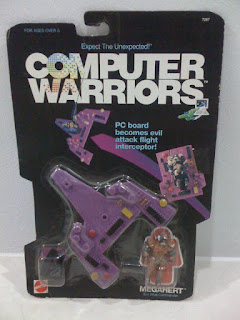 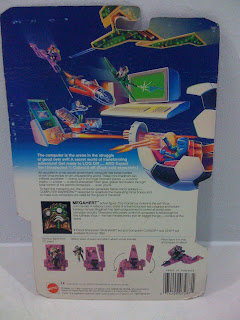 Megahertz, I think is the leader of the bad guys, and he comes in this shocking magenta purple. Again, the minimalist bubble showcases the toy in its entirety and the cardback is specific to the toy, with the instructions at the bottom of the back of the cardback. 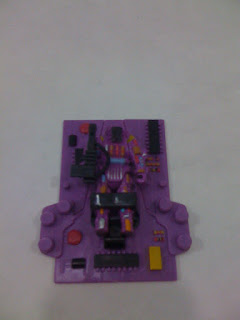 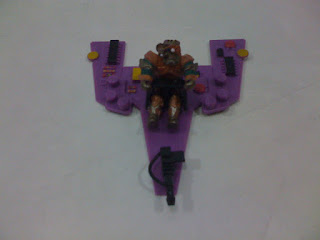 Although the toy is functionally the same as Debugg, it is a completely different mold. Like Debugg before it, there's a lot of details on the "front" of the circuit board, and the back has a nice shiny sticker. The lack of the hinges on the wings means the transformation is unsnap/snap, which is a hassle. 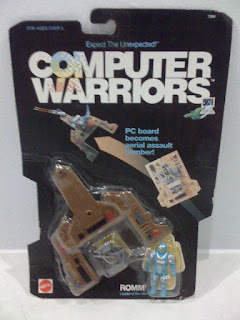 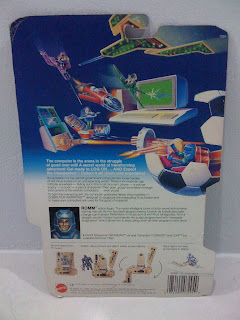 Romm's card shares the same minimalist design as Debugg and Megahertz, and there is nothing more to write about, about than the fact that the card is specific to the figure. 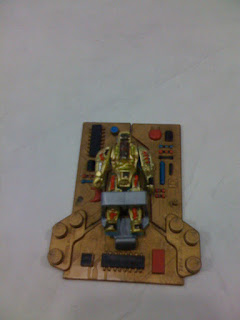 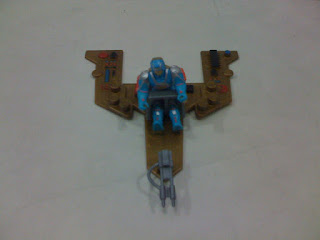 Romm is functionally the same as Debugg and Megahertz, but consist of a completely different mold yet again with the location of chips and fuses being different. Otherwise, he's the same as the other two with nice detailing on one side and stickers on the other. The figure also has a yin/yang aspect with a human appearance on the front half and a circuit board appearance on the back side.
One thing about my Romm is that he was a bit brittle an some of the pegs on the wings broke when I was transforming it. Grrr... why can't mattel include the hinge? 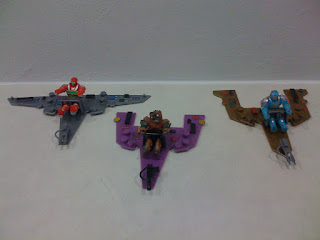 And that's all 3 of them together. More pictures on the facebook album. And I must say it's nice to open an 80s toy line.
Posted by Novelty at 23:37