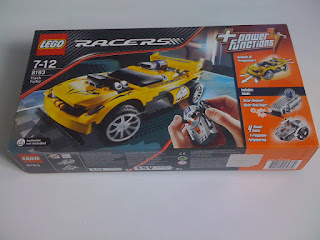 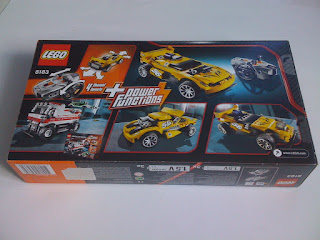 The box has the interesting orange side that they've been using for all their power functions recently irrespectively of the theme. I think it's a good idea as it highlights the motorised features of the set. 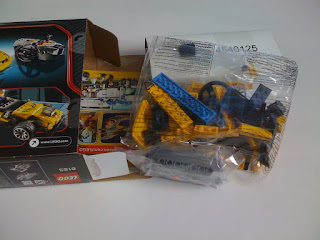 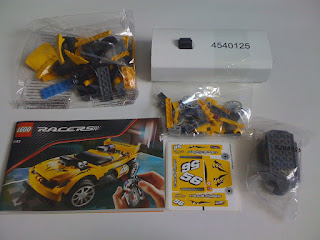 I was a bit disappointed when I opened the box though - there were only two baggies of bricks. That's way too few for a box of this size. Granted, there's the motor and the RC, but still, the box has been way too large for the contents. 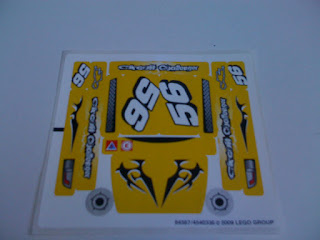 My initial reaction to the decal sheet was - that's a lot of stickers. Then I realised that this is a Racers set, which means that the stickers are a vital part of it. Also, since it's a Racers set, it gets away with a number of other things including shoddy instructions and bad structual design which gets superficially covered up ultimately. Those are the hallmarks of the Racers theme. 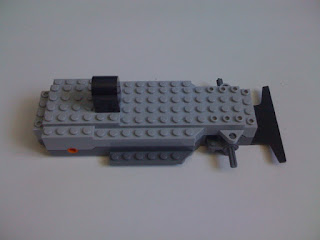 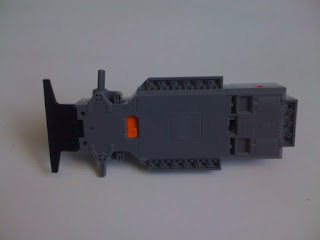 The motor is a huge prefab one piece. Regular set builders will decry this limited use monsterosity, but again, this is a Racers set, and since it's a Racers set, it's probably God-sent for it. I had some problem opening the cover to the battery box - the instructions were shoddy as usual, and it was not intuitive. Neither were there arrows to indicate where to open. Just bad design from the Racers theme, as usual. 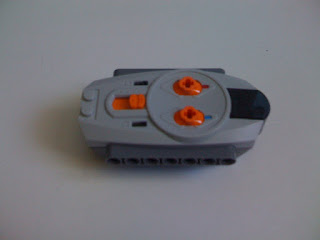 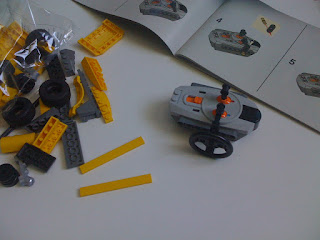 The remote control is nicer - it's definately smaller than the RC for the trains and I find that it's a nice size. Also, it's customisable, and this model has a wheel attached to the RC unit which is nice. 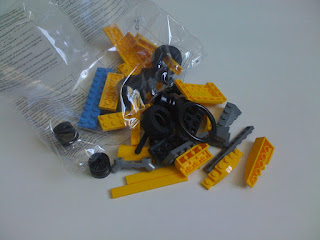 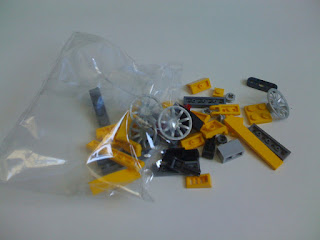 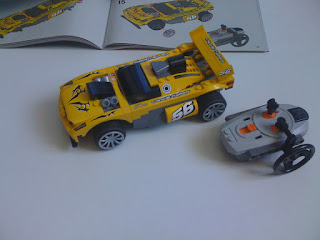 And that's the completed product. I like the design, but the underlying structure is atrocious. The instructions also include an alternate model, but that isn't as nice as this model. As usual, more pictures of the build and the completed vehicle is in the Facebook album
Posted by Novelty at 14:09