That's way too much mac in the title. Now I've got the hankering for the golden arches. This was an impulse buy a while back. It's from what I originally had pegged as Hong Kong, but the box says Made in Dongguan, China (which is about an hour north of the Hong Kong border). 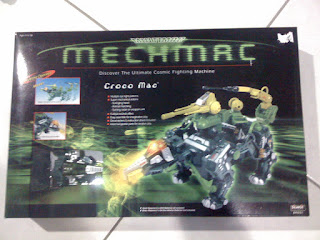 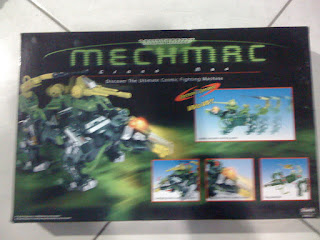 I've had a number of the smaller Multimacs, back when they were the Terra Defenders. The Mechmac series though, consists of 9 sets, of which this is one. It's supposed to be a Crocodile, supposed to being the key word. It seems like a cheap Zoids knockoff as opposed to the interswappable Multimacs of yore (OK, not yore, the 80s). 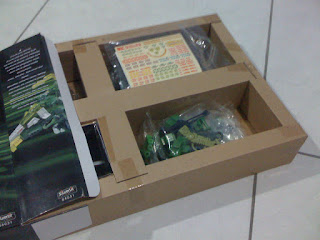 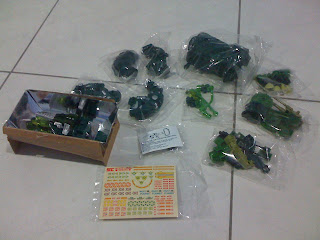 I was surprised to see a tray inside the box. That's rather unexpected, but it was a nice surprise nonetheless! I guess that means I'm keeping the box. There's way too much packaging in here though, it seems that every single piece has its own individual plastic bag. Hmm... Actually, the contents - tray and plastic baggies reminds me of how Lego used to pack their bricks in the 80s. Ah, good memories. 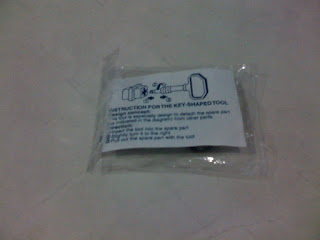 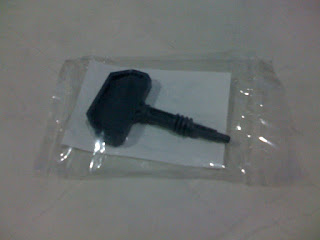 The set also includes this key and instructions on how to use it. I didn't even open the baggie, so I'm not sure of what use the key is. Maybe when I'm stuck somewhere... 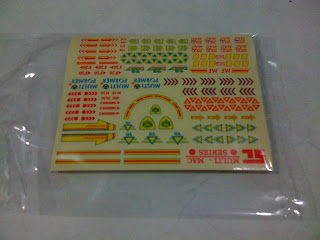 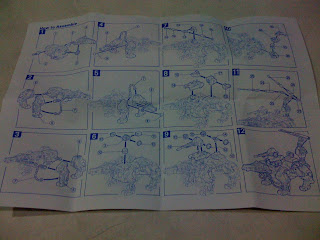 It also comes with a sheet of cheap decals. They look colourful, but I know for sure that they will tear off in a few years or so, so no thanks, the stickers are staying on the sheet. The instructions are rather simple as well, just blue lines on a white background - nothing fancy. But thanks to the arrow they were rather easy to follow. 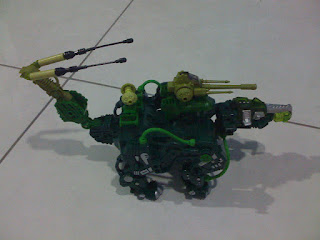 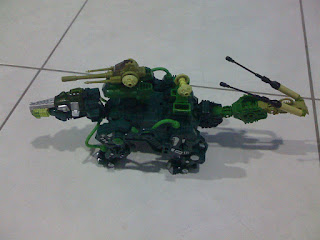 The build was rather easy and simple and was built relatively quickly (as opposed to Zoids and Lego in general). I'm a bit disappointed with the model as it looks like a cross between a bull and a crocodile, but that's a design issue mostly. The batteries are not included, and I'm not too keen to find out how the motorised parts work, but it is motorised and has lights as well. As usual, more pictures on the Facebook album!
Posted by Novelty at 22:06

Email ThisBlogThis!Share to TwitterShare to FacebookShare to Pinterest
Labels: Mechmac