Way back in January, I showed the photo below, when I opened the Endoglow Terminator. I did say then that I'd open the rest of the figures first thing in March. 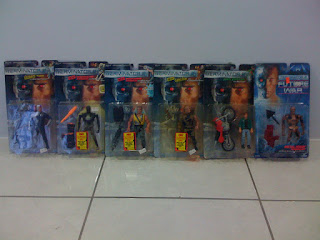 Well, it's March, so let's release these babies from their plastic prison! 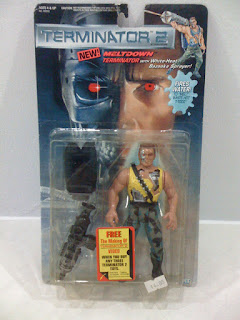 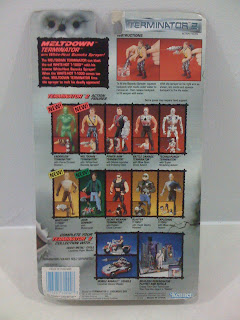 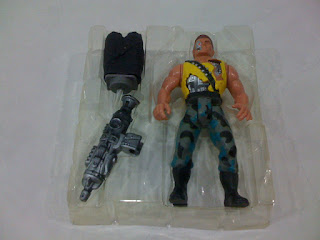 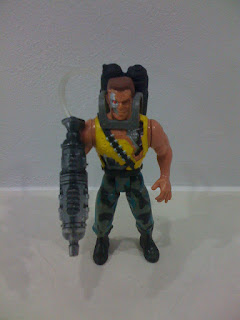 Meltdown Terminator is a nice name for the Governator that sprays water. This is the only figure I have that has any resemblance to the Governator, and I think it does have a fair resemblance. I'm grateful that this was not made by Playmates, and because it's from Kenner, the paintjob is better and the figure actually gets to hold the accessory properly. The backpack also fits nicely over the Governator's head. 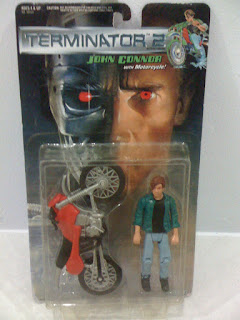 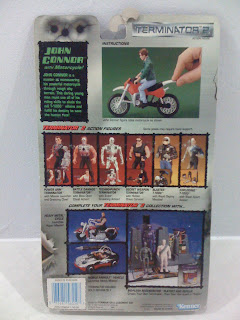 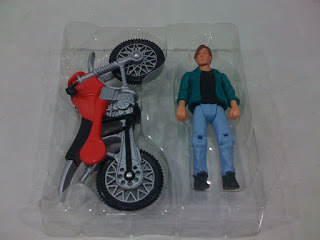 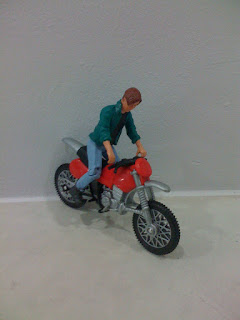 John Connor is a boring figure. He comes with his bike, which has roling wheels, but no stand. It rolls, but it can't stand still. Bummer. 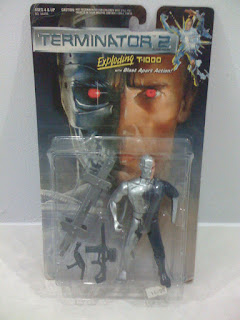 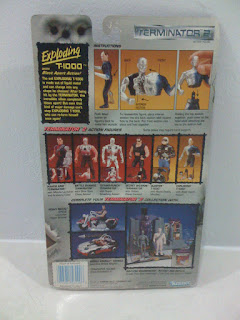 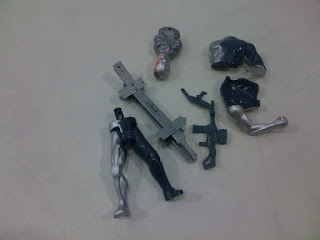 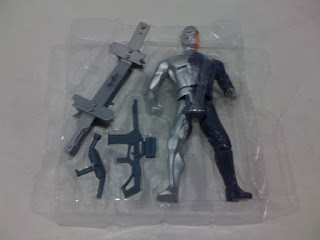 The bad guy, of course is made of liquid metal. The paint job is adequate, but vac metal would have been a lot cooler. Here though, he comes with two accessory only one of which he can hold at a time, thanks to one of his hands being transformed into a spike. The action feature is probably the best one of the line, this figure explodes, literally. Blast Attack, eat your heart out! 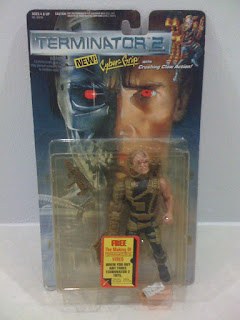 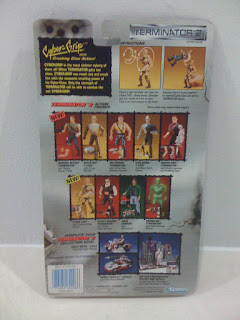 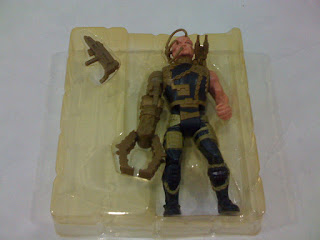 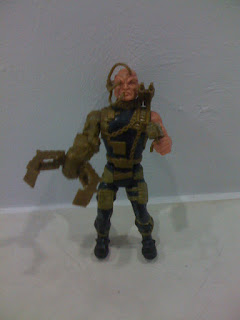 Cyber Grip is an interesting character. The claw is actually spring loaded and has a number of extra points of articulation, which is good. There's also some interesting sculpting detail, particularly on the face sculpt. The paintjob is adequate as well. This is a rather good figure for the era. 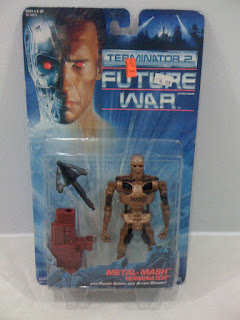 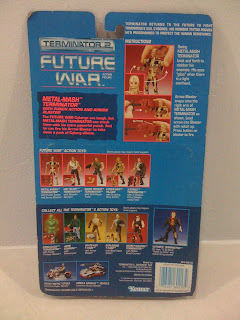 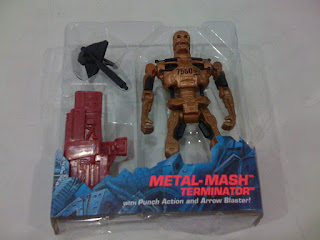 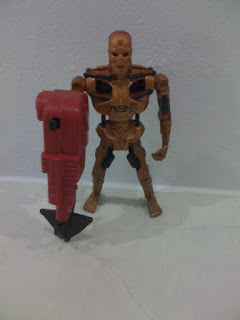 Metal-mash Terminator is a repaint of Endo-glow Terminator... well, it's the other way round really. The sculpt is the same anyways. The downside is that the figure doesn't gitd. The weapon is also slightly different as well. I've already sung my praises for the figure way back in January. 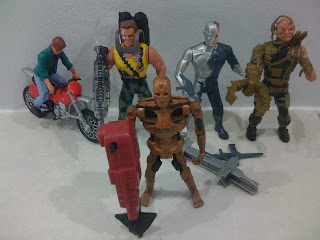 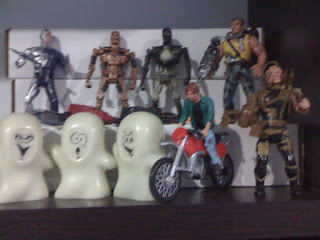 There's all 5 of todays figure, and on the shelf together with Endo-glow Terminator. I do really think this was a rather good toyline, and Kenner did a marvelous job with it despite the subject matter. There are a whole lot more photos in my Terminator 2 Facebook album. Sadly, I think the non-gitd figures are going into storage though, as despite the amazing-ness of the figures, they are a little bit dated and not so eye-catching. Besides, I need the room to display other more interesting stuff coming up soon!
Posted by Novelty at 20:58