#71 of 365 Masters of the Universe Classics Trap Jaw

It's Mecha March, and surprisingly, Trap Jaw, a cyborg fits in the theme. I guess that's just the way the cookie crumbles. 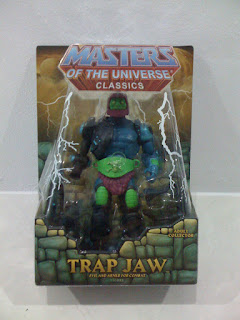 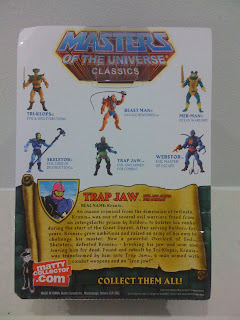 There's an opening video here on Facebook. I guess I must be the last person to do the video. 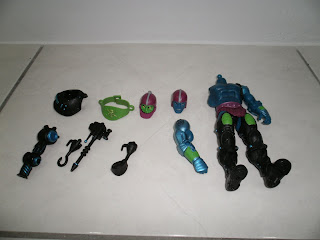 I have to say, Trap Jaw comes with the most parts - in addition to his arm attachments (no hand job comments there!), he also have an extra head and arm to make Kronis. 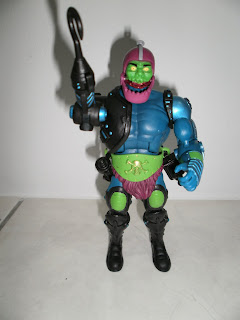 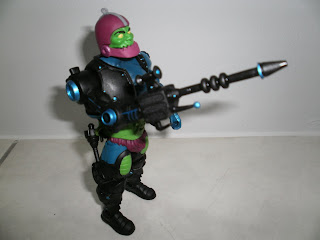 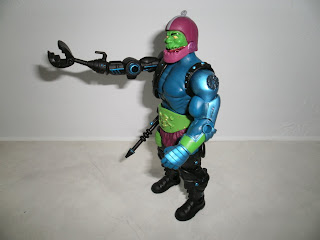 I just want to showcase him with all his arm attachments. Most people like the long pointy gun, but I think it's way too oversized for Trap Jaw. I like the extra hinge on the clamp, but the hook is too short. My one quibble is that the weapons don't hook too well on the belt. 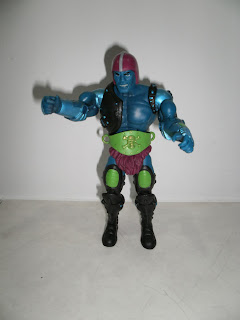 There's Kronis. The thing about Trap Jaw is that he's got lots of interesting stuff hidden. Yes hidden. Who knew that underneath the green belt, Trap Jaw has a nice metallic magenta belt painted on? I didn't until I took off the belt. 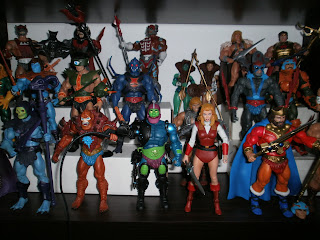 And there's Trap Jaw on my display shelf. Yes, it's getting a bit crowded there and I might have to make space on the next shelf up for my MotUCs. Oh and it's release day today for Mossman, so I've got to make some space for that as well.
Posted by Novelty at 21:40