I've really enjoyed Mecha.nic.al March so far, and as we near the end of the month, I must say I'd be sad to let the theme pass - I have so much more that I'm looking forward to open. Nevertheless, Anniversary April is coming up soon, so that's something to look forward to. 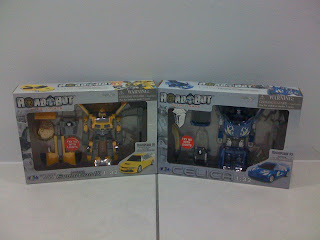 However, we are still on Mecha March and today features a pair of transforming vehicles. I guess one has the popularity of Transformers to thank for the explosion of transforming vehicles. Everyone and their dog seems to be making them. Earlier in the month, I featured Conversion (#67 and #68), which is a Chinese vehicle line. Today's line is from Hong Kong and is based on real world vehicles. 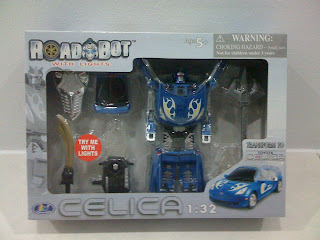 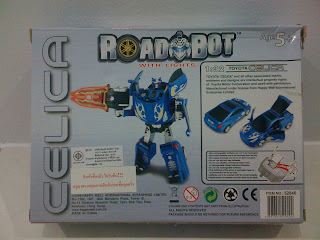 The vehicles are packaged nicely in the box with a huge cut-out in the front. It allows the contents to be visible by prospective buyers. What's also good is that there is a hole in the bubble in the cut-out so that prospective buyers can test the light up feature. I also like the back of the box - it shows clearly what the toy can do. Another plus is that the text is in English. 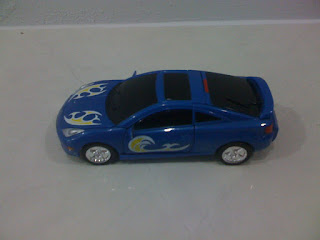 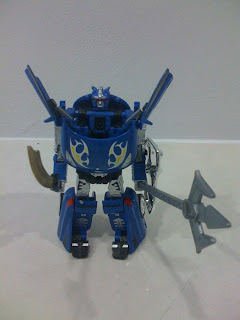 There really isn't anything to write about the actual toy itself. It's generic and it looks like a robot that has a car as its alt mode. The transformation itself though, was relatively pain free, yet complicated enough to make it interesting. I could easily transform the vehicle intuitively. What's I did not like about the transformation was that there are parts that has to be detached completely during the transformation - this is so much of a cop-out to me and detracts from the overall design. 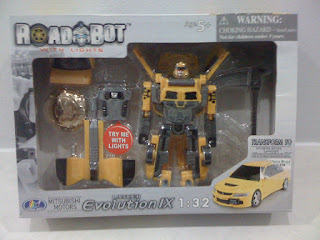 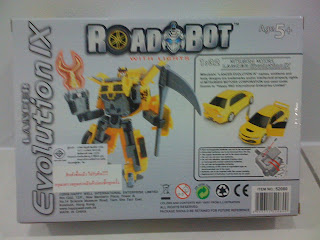 What's not really clear from the photos above (but is shown in more detail in my facebook album of these vehicles) is that the toy actually sits on a plastic tray, which in turn, sits in a cardboard tray, which fits in the box. The packaging may seem to be an overkill, but it's actually very well designed. It holds the toy in place rather well and prevents it from moving. If only the actual toy were designed this well. 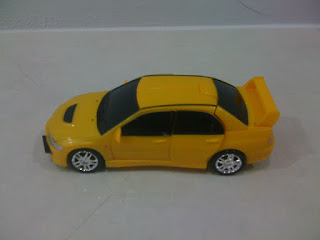 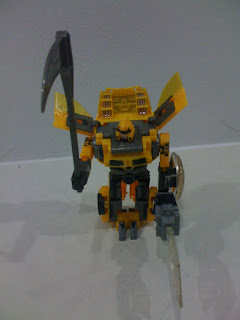 The thing about these vehicles is that they come with way too many weapons and accessories, such that not everything can fit on the actual figure itself. That is such a pity, as some of those weapons are so impressive. I like the scythe shown above, for example. 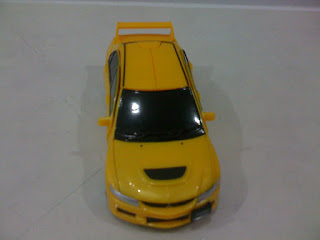 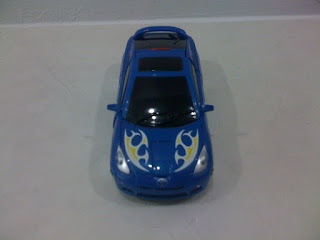 Mediocre best sums up this toy line. It's all plastic with some vacmetal as opposed to mostly die-cast metal for Conversion. The transformation is intuitive yet challenging, but features detachable parts, which I feel is a cop-out. However, I dont' regret buying these though.
Posted by Novelty at 23:01