Hello Papataz! You seem to be the only person reading these and commenting. Nobody else has been commenting this month. Then again, now that I've written this, people will come out of the woodwork to prove me wrong. Oh well. 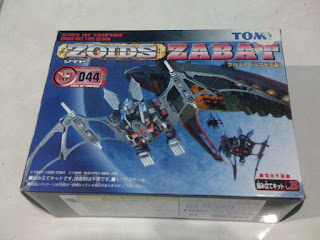 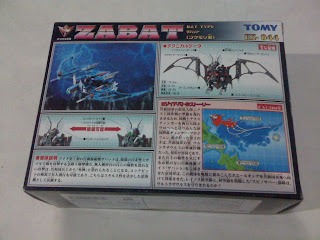 I like the Zoids. These are a Japanese toyline that were rather popular in the UK in the 80s, spawning a comic of some sort as well. This model though, is a more recent Japanese one and is called Zabat. Not a very creative name. 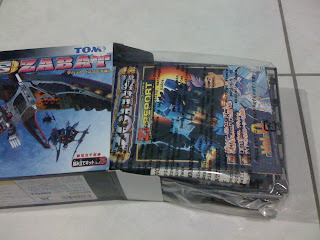 Opening the box brings back memories. Unlike normal toys, Zoids are sold unconstructed. They have to be put together to form the actual model, which, btw, is mechanised with a small wind-up motor. I see that still hasn't changed! 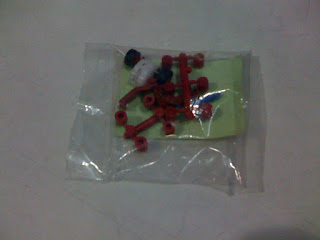 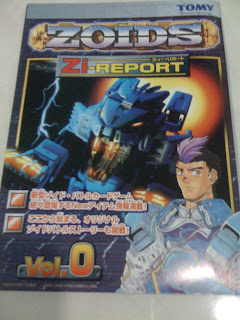 The package also includes a flyer about a card game of some sort. I don't read Japanese, so I have no idea what it's supposed to be, but Zoids must have been somewhat popular in Japan to spawn a card game. 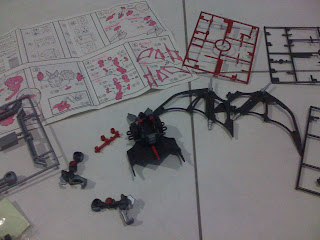 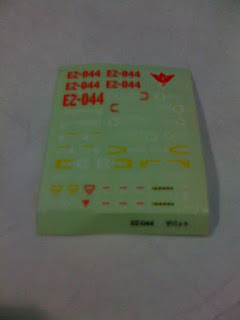 The build was rather easy, as per normal. I had to remind myself that it's mechanised, so the parts have to go perfectly, or else the automated action might not work. The trick about Zoids, as I learnd years ago is to use a nail clipper to separate the pieces from the frames. There's also a decal sheet, but I'm going to refuse to apply them, since, by experience, I do know the decals come off rather easily when the toys are played with. 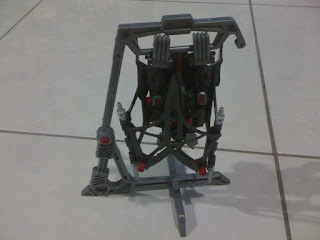 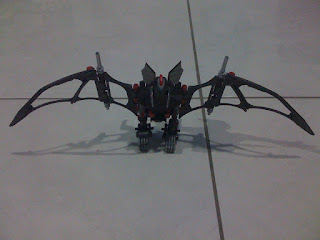 The model also comes with a stand to display the bat "sleeping" upsidedown. That's a nice touch. The bat can also, but barely, stand on its legs. With its wings spread wide, it's quite a sight. 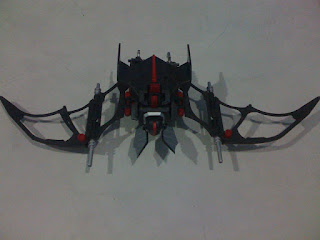 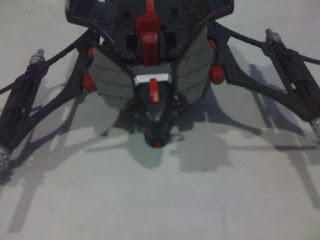 There's also a mode of displaying the bat on it's tummy (for the lack of a better description), where the pull-back motor powers it forward. The motor may be ejected as well. The head is articulated to look up in this mode, which is another nice touch.
Overall, a rather nice model, and it does bring back a lot of memories from my childhood playing with these.
Posted by Novelty at 23:34