I'm going to proclaim this Ultraman week... and because I'm sort of behind, I'm just gonna merge everything together. 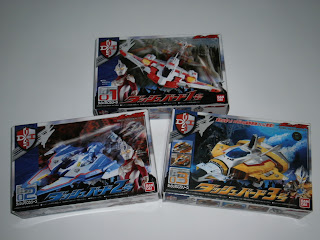 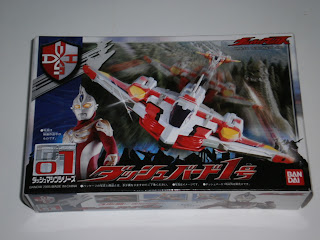 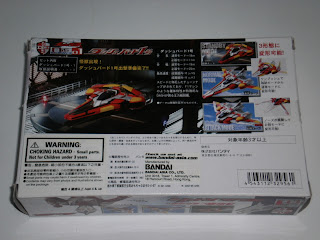 Dash Bird #1 is the red plane.  The box is cool and shows all the alt modes on the back.  There's probably some sort of specs of bio there, but I don't read Japanese, so I really won't know what's there. 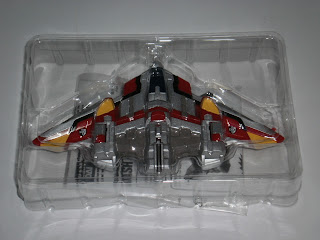 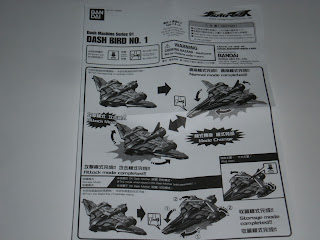 The instructions are clear though.  Then again, this isn't too complicated a toy 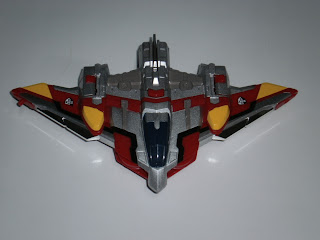 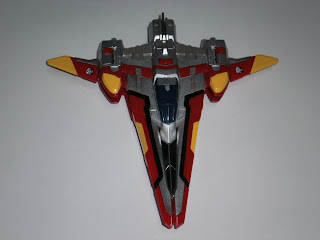 That's two of the three modes.  These are the acive modes.  The wings have to be manually manipulated into place here.  The paintwork is nice and it's heavy, as if there's some die cast in this, but somehow I can't locate the source of the die cast metal.  The sculpt  looks good, but it's rather plain. 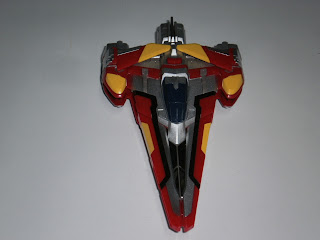 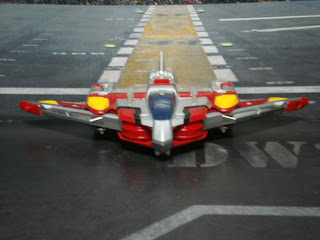 There's also a standby mode with the wings folded in.  The wings can be released by the push of a button just behind the cockpit.  Otherwise, it's just a boring triple changer. 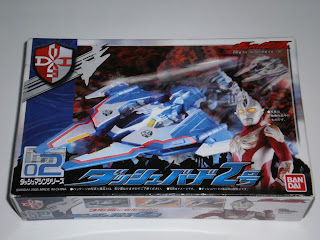 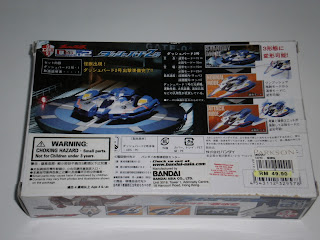 Dash Bird 2 is a blue plane that reminds me of a UFO of some sort.  The box is similar to #1. 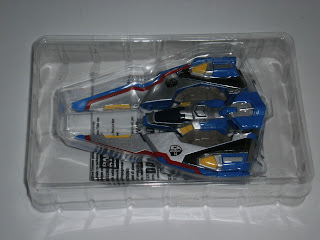 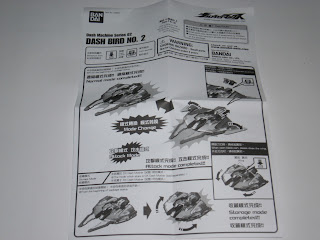 The instructions seems clear enough and shows that it has three modes. 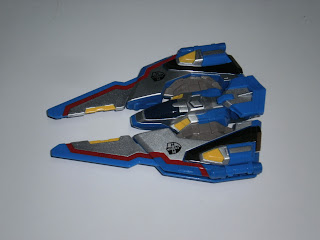 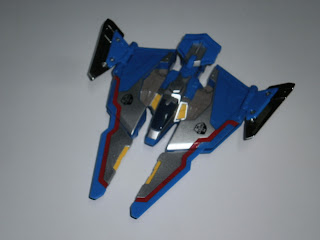 The two active modes are similar to each other, one has the wings folded out, the other one doesn't.  The paintwork is meticulous as usual, and the sculpt is pretty much very simply, although it does look good.  The design of the jet though is weird, but that's a limitation from the series. 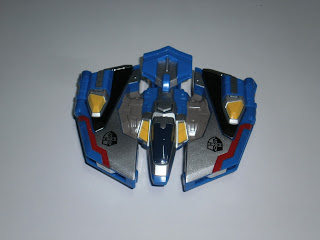 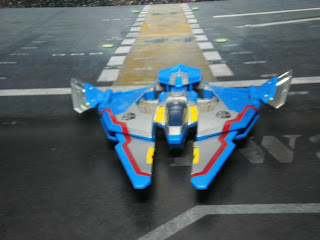 The Standby mode has everything folded in and does resemble a UFO.  The pinchers flip out when a button on the cockpit is depressed... notice a trend here? 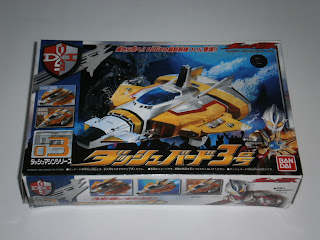 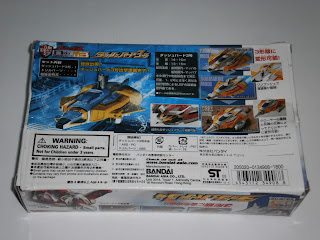 Dash Bird 3 is a yellow plane, but it seems to be the submarine and driller merged together.  The box looks similar to the other two. 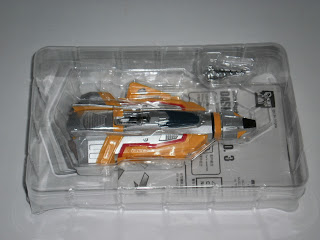 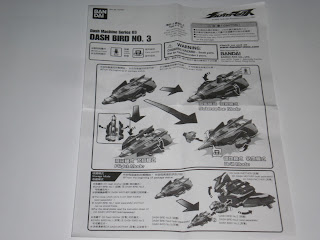 The instructions even details how it's to fit into the huge mothership thing.  I didn't buy that though - it was just way too huge and expensive. 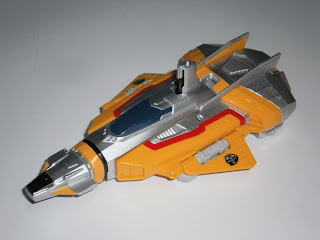 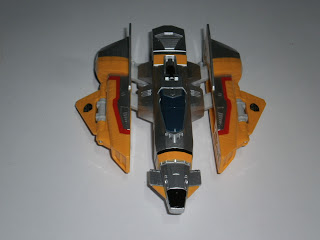 There's the sub mode on the left - and the tower risers when a button behind the cockpit is pressed.  Then there's the jet mode, which just extends the sides of the craft to form wings.  It looks nothing like a jet. 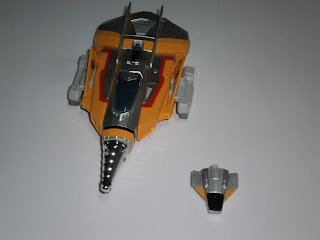 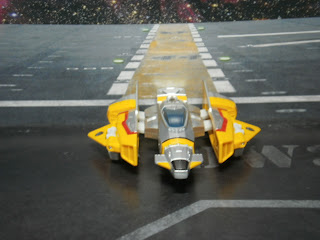 The nosecone can be swapped out with the included vacmetal driller bit and the tank threads can be flipped out from the sides.  This makes it looks rather weird, but it is an extra mode.  There's also a standby mode, which is just the submarine mode without the tower raised. 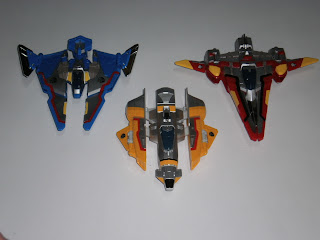 My favourite of the three just has to be the yellow submarine thing, just because it's more than just a jet.  It also has an extra mode that the other two doesn't have.  Appearance-wise, I'd say #1 is the most striking and the most aesthetically pleasing though.  And there are apparently more jets in this line.  I just didn't get around to getting them.
Posted by Novelty at 00:50