I think some actual transforming mechs should be on the cards for a month that was originally titled Mecha March, so here's a knock-off version of two Transformers Autobots (I think...) 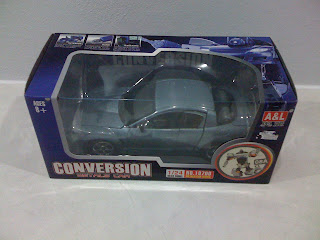 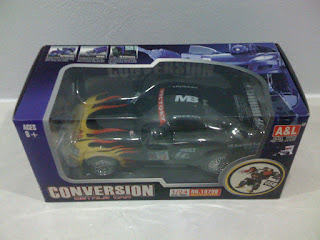 The packaging is reather nice. I like the way the window displays what's inside, yet there's still lots of material around the window where the details can be printed. 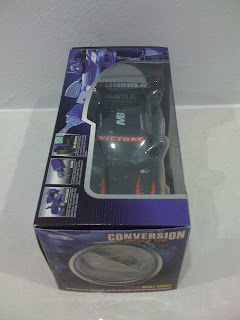 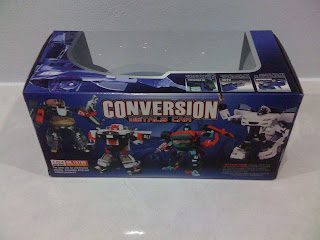 The box has windows onto the front and the rear of the car as well, which is interesting. The back of the box seems common for all vehicles. 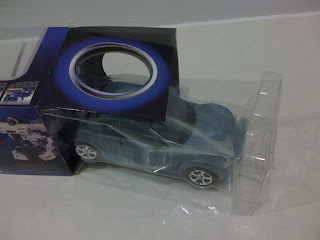 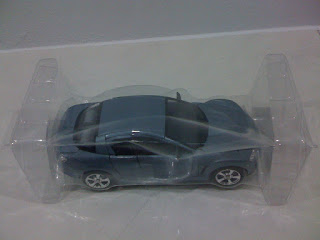 I like the packaging within the box. The clear plastic bubble tray protects the vehicle adequately, and obviates the need for ties and rubber bands. Tranformers could learn from this. 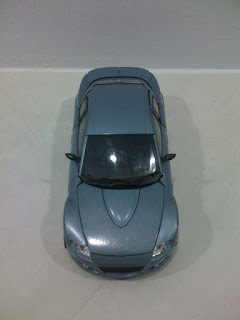 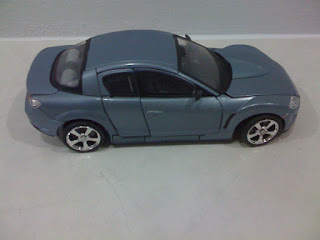 The car mode is nice, and although there are some paint job issues, those aren't very visible. What's also not visible is that there is some excess "moulding" left on the parts. As a Lego lover, that's just goes to show how much precision goes into a Lego brick and not into this knock-off. 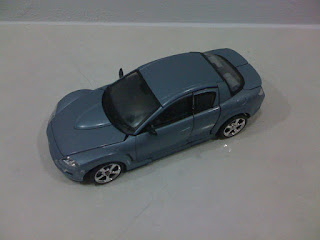 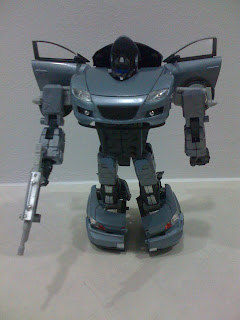 The instructions is in English and works for transforming it from car to robot and on the reverse of the sheet from robot to car. The robot mode is bulky and not so nice, but it is rather well articulated. I think I'll display this one in its vehicle mode. 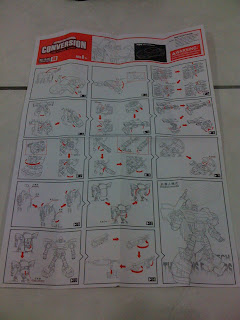 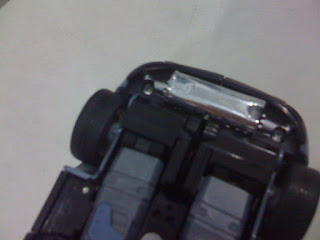 The exhaust cat converter actually transforms into the weapon, which is a nice touch. 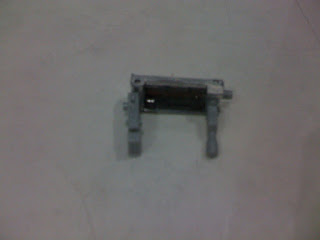 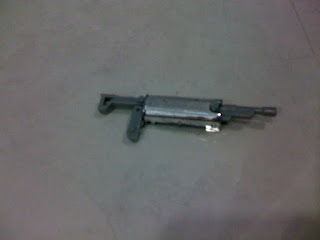 The other vehicle is this sporty racer. However, since the first toy took ages to transform, and that the end result was a disappointment, I decided that I was going to forgo transforming and to just leave this as it is. 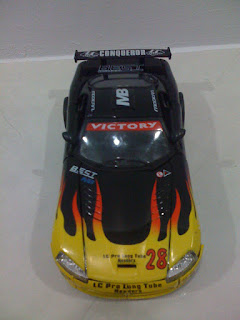 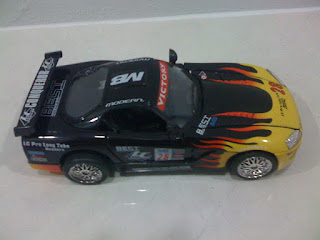 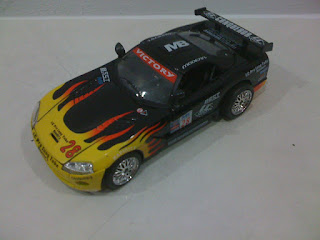 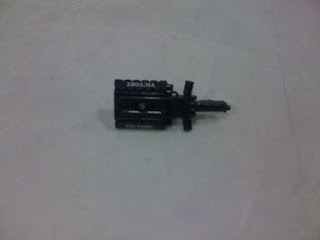 The engine from the car actually transforms into the weapon, but thanks to the knock-off quality, doesn't fit properly under the hood as it should. It also has a rather simple transformation. 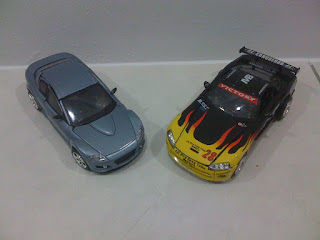 So here's both of them in car mode. I like the car modes - that's one of the reasons I bought these in the first place, to be displayed as metal cars. As usual, more pictures in the facebook album.
Posted by Novelty at 21:42