The first DCUC Club Infinite earth will probably not awe any of the younger and fringe DCUC fans, but as a huge JSA fan (sorta) and his links to the Legionnaire XS makes this one of my most anticipated DCUC figure. 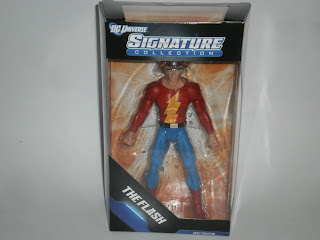 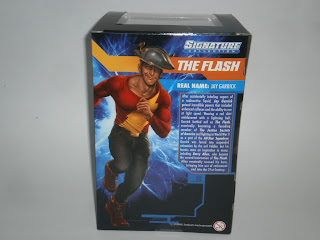 There is a new DCUC box.  This is, after all the Club Infinite Earth and the new Signature Collection, whatever that means.  It's a bit boring on the front with nary any artwork.  The back has a nice picture of Jay and a short bio.  There's no cross sell or anything, which, again, makes it look weird, but since this is a subscriber line, I guess there's no need for things like cross sell. 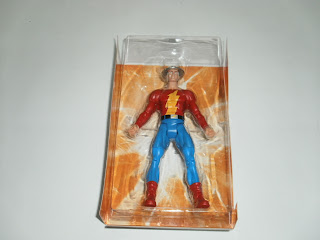 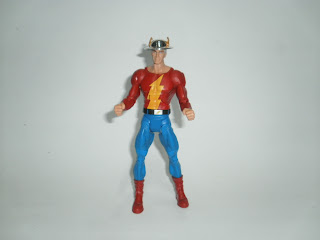 This is a DCUC figure.  I didn't expect any accessories and there's none.  The figure is the typical DCUC figure.  The joints were tight and thanks to the plain vanilla pose, the limbs weren't warped. 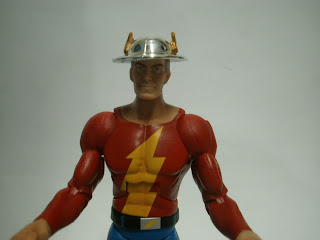 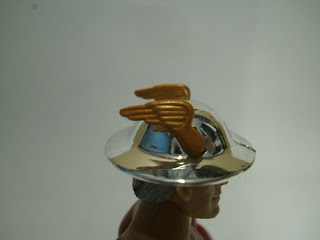 The paint is good, although I had some splotches on his boots.  What's amazing about this figure is the vacmetal hat, which is really shiny, and the sculpt of the "Mercury wings" on the hat, which makes it looks, well, corny, but in a cool way. 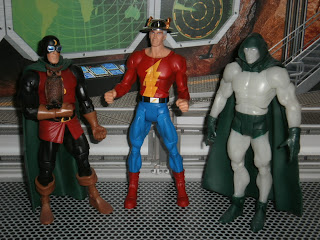 OK, so I don't have Sentinel (aka the new gay Green Lantern) or WildCat (the other two of the Big 3 of the JSA), but hey Jay does look great next to the other one-time JSA members Specter and Dr. Mid-nite.
Posted by Novelty at 23:11