The penultimate figure in Wave 17 of course is the greedy Lex Luthor.  He's my least favourite figure in the wave when I saw the pictures.  Will actually opening up the figure change my mind? 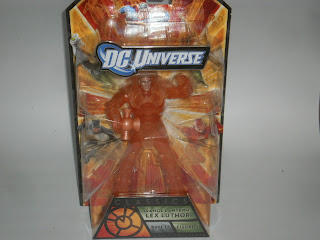 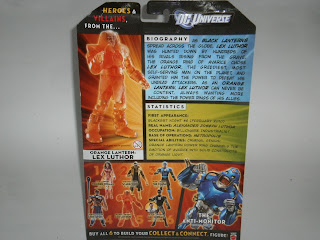 The packaging is... too orange.  Lex is almost camoflagued in the bubble. 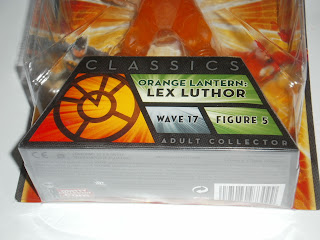 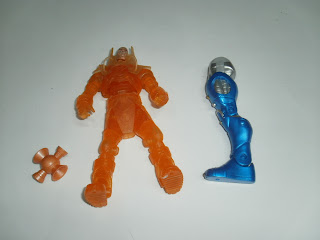 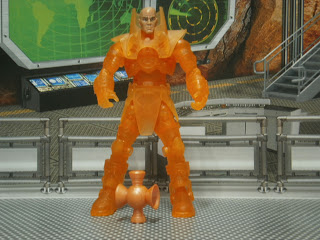 The figure looks cool - it's cast from transparent orange plastic.  I thought it was a reused Lex mould, but apparently most of this has new parts.  There's a lot of detail there, but it gets lost by being monochromatic orange.  The head isn't orange, but it's just a boring old reused Lex head (or so I think). 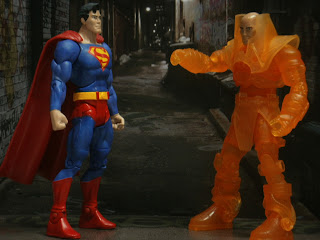 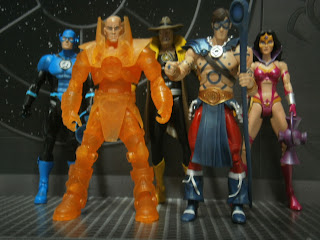 Lex is still underwhelming in person.  I still don't like him much.  I guess I'll just toss him back in the storage box.
Posted by Novelty at 23:41